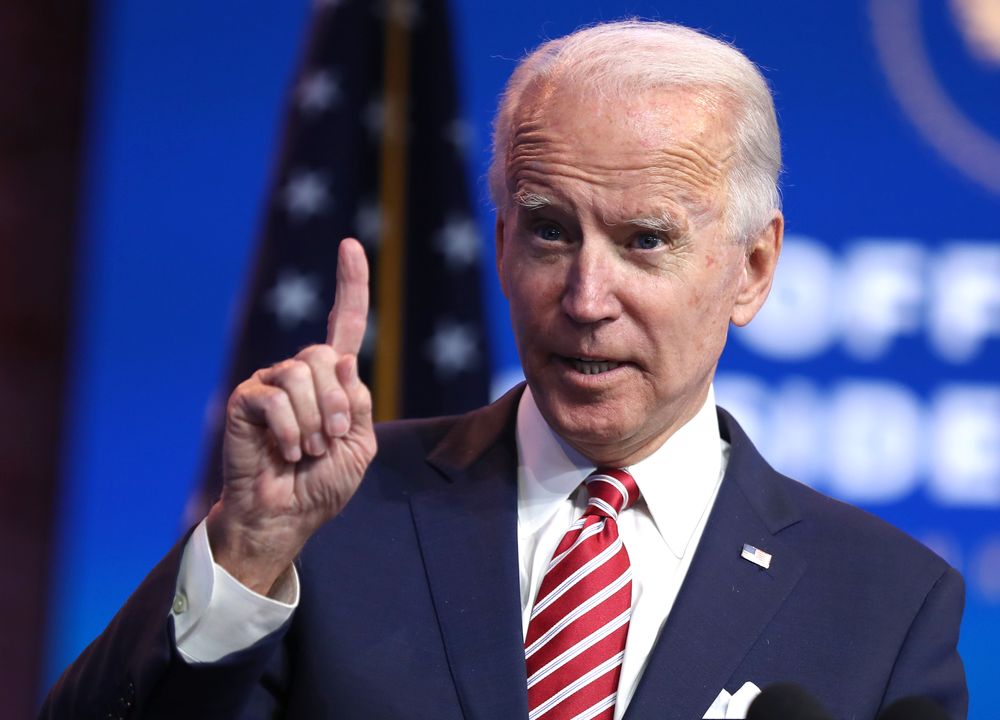 A US state of Georgia election official has said President Donald Trump will bear responsibility for any violence that results from unsubstantiated election fraud claims he has stoked.

"It's all gone too far! All of it! It has to stop!" Gabriel Sterling warned.

He cited intimidation and death threats to election workers.

Georgia is carrying out a second recount of votes at the Trump camp's request. Joe Biden was declared a narrow winner in the key state.

"No-one should engage in threats or violence, and if that has happened, we condemn that fully," he said.

It came after US Attorney General William Barr said his justice department had so far found no proof to back the president's claims of fraud in the election - the latest setback to the Trump camp's legal challenges in several states.

Georgia will also hold in January two run-off elections, which will determine who controls the Senate.

Mr Trump's Republican party currently has a slim majority in the upper chamber, and a victory in the run-offs would allow it to counter the Democratic administration of President-elect Biden.

The Democrats control the lower chamber - the House of Representatives.

Who has been threatened?

At a news conference in Atlanta, Mr Sterling, the state's voting systems implementation manager, rebuked his fellow Republicans, including the president.

He said a 20-year-old contractor in Gwinnett County for Dominion Voting Systems, which has become the subject of baseless right-wing conspiracy theories, had received death threats. The worker's family was also getting harassed, Mr Sterling added.

The unnamed man had been threatened with a noose and accused of treason, Mr Sterling said, after transferring a report on ballot batches to a county computer so he could read it.

Mr Sterling said he himself has a police guard outside his home, while the wife of Georgia's Secretary of State, Brad Raffensperger, was "getting sexualised threats through her cell phone".

"We need you to step up and if you're going to take a position of leadership, show some!"

He added: "Death threats, physical threats, intimidation, it's too much, it's not right, they've lost the moral high ground to claim that it is."

Mr Sterling also cited threats of violence against Chris Krebs, who was fired last month as head of the US Cybersecurity and Infrastructure Security Agency after he disputed Mr Trump's fraud claims.

Mr Sterling condemned Trump lawyer Joe DiGenova, who said on Monday that Mr Krebs should be "taken out at dawn and shot".

Addressing Mr Trump directly, Mr Sterling continued: "You have the right to go to the courts. What you don't have the ability to do, and you need to step up and say this, is stop inspiring people to commit potential acts of violence.

He added: "Be the bigger man here, and stop, step in, tell your supporters, don't be violent, don't intimidate. All that's wrong, it's un-American."

How has Trump reacted?

President Trump responded by retweeting a video of Mr Sterling's speech, but without referencing the concerns over threats of violence.

Instead he doubled down on his allegations of election fraud: "Rigged election. Show signatures and envelopes. Expose the massive voter fraud in Georgia."