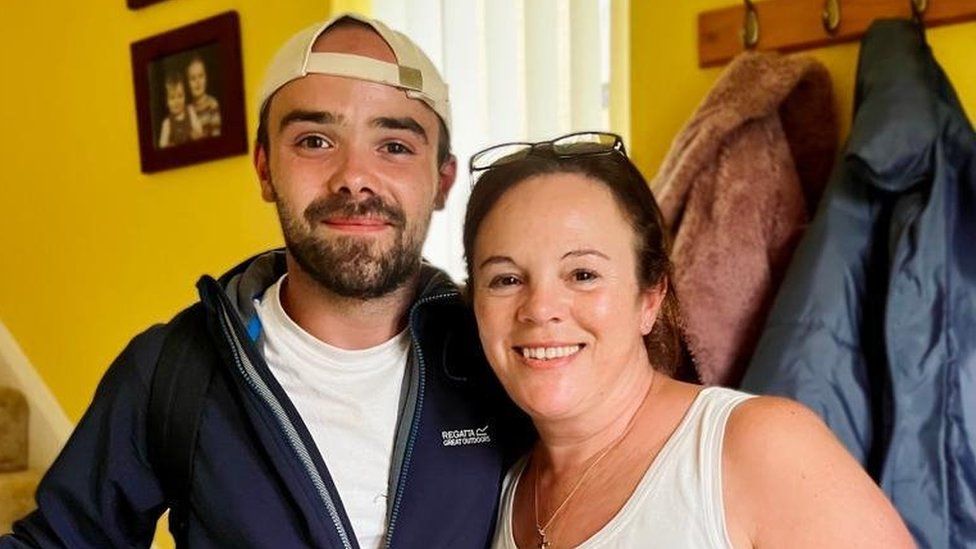 Lewis said his mum would do anything for her children
30.5k Shares

An NHS cleaner ended her pension payments in order to pay energy bills just weeks before her sudden death with Covid, her family has said.

Judith Thorpe, 49, from Newcastle, died on 10 August after the infection led to fatal pressure on her brain.

Her three children have missed out on a £30,000 payout as she quit her pension in May, as reported in The Mirror.

Her son Lewis Wood said her story should highlight how people are struggling with the cost of living.

His mother, from Longbenton, joined her pension plan in October 2021 and had been paying 5.6% of her £14,000 salary into it up until May.
He told BBC Look North his mother was "starting to feel the pinch of the cost of living" as her energy bills had more than doubled to £110 a month since May last year.

"She made the decision it wasn't right now for her to be paying into [the pension]," Mr Wood said.

"It was such a small amount of money each month but when every penny really counts you do what you feel you need to.

"She was probably thinking along the lines she was taking more for herself, for her comfort in retirement."
Cancelling the plan only gave her about £250 but like many people she was desperate to cover the rise in everyday living prices, Mr Wood said.

Relatives have since set up an online fundraiser to cover the funeral costs and support Ms Thorpe's other two children, Hannah, 16, and 13-year-old Scarlett, who are now being cared for by Mr Wood as their father died from pancreatic cancer several years ago.

More than £23,000 has been donated so far and Mr Wood said he was "overwhelmed" by the response.

"I didn't want anything flash or major, I just wanted a service for the girls to go and say goodbye to their mother," he said.

"I just didn't want the council to have to give a pauper's funeral which the girls couldn't have attended."

He said his devoted mother "loved her kids" and "struggled to not be able to provide them with everything".

"She was lovely," he said, adding: "She was honestly the best person I ever met.

"I'm hoping in her memory we can open the conversations about things.

"There are people who aren't going to make it. It's that heat-or-eat dilemma, it's horrible and we are all in the same boat.

"I think it brings light to the people who are really suffering and making those hard decision because they feel like they are forced to."

In May, the government announced that all households in England, Scotland and Wales would receive £400 to help pay rising fuel bills this autumn.

But Treasury officials have stressed that any big decisions on measures to ease the cost of living will be decided by the next prime minister when they take office in early September.