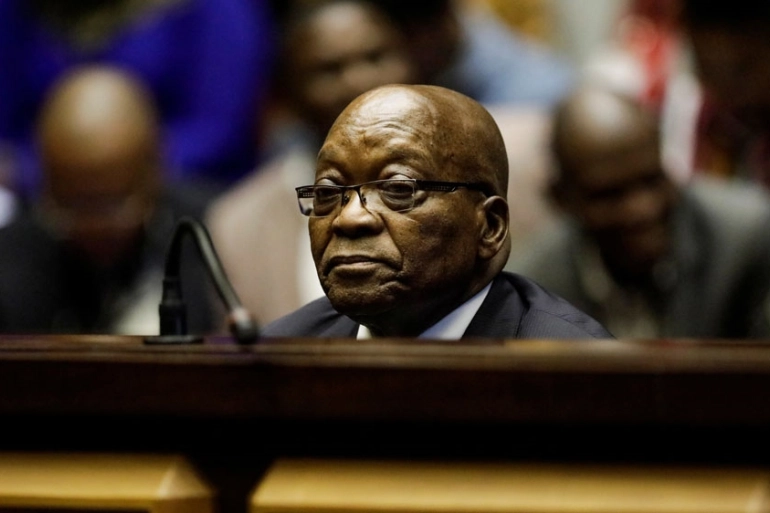 Lawyers for former South African President Jacob Zuma have filed a notice of withdrawal from representing him.

The lawyers have not given reasons for doing so.

The notice filed on Wednesday follows last week's ruling in which the former president lost an appeal against the state's bid to recover money that it had spent on his legal fees.

It also comes before a a corruption trial due to begin on 17 May.

Mr Zuma faces 16 charges over a $2bn (£1.4bn) state arms deal, including fraud, racketeering and money laundering - all of which he denies.