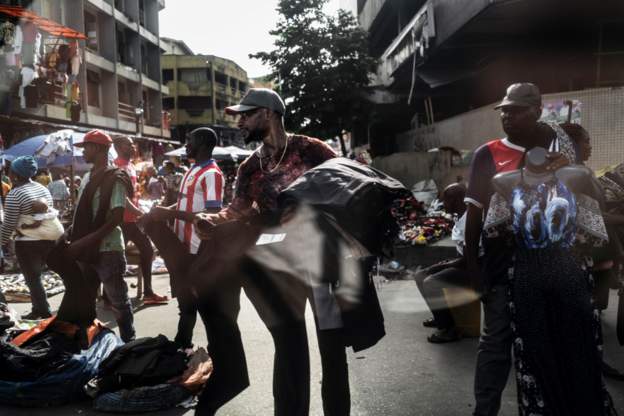 Lagos state authorities say hawkers and beggars are a nuisance

The Lagos state government in Nigeria has banned street begging and has formed a special team to stop the “menace”, local media report.

The team is expected to begin operations in the next few days.

A state official in charge of youth and social development told journalists that beggars on the streets were a nuisance to law-abiding citizens.

Olusegun Dawodu said beggars and hawkers, who included children, were being transported from other parts of the country to the city.

He said the “business” was demeaning and an abuse to humanity, especially the children who were being forced into it.

He added that some of the beggars and hawkers were linked to crime in the city – by assaulting and robbing city residents.

"The activities of these people in our streets impede human movement and vehicular traffic, constitute environmental nuisance and security threats," Mr Dawodu is quoted by local media as saying.

The move came days after the police raised the alarm over criminals disguising themselves as beggars and attacking Lagos residents.