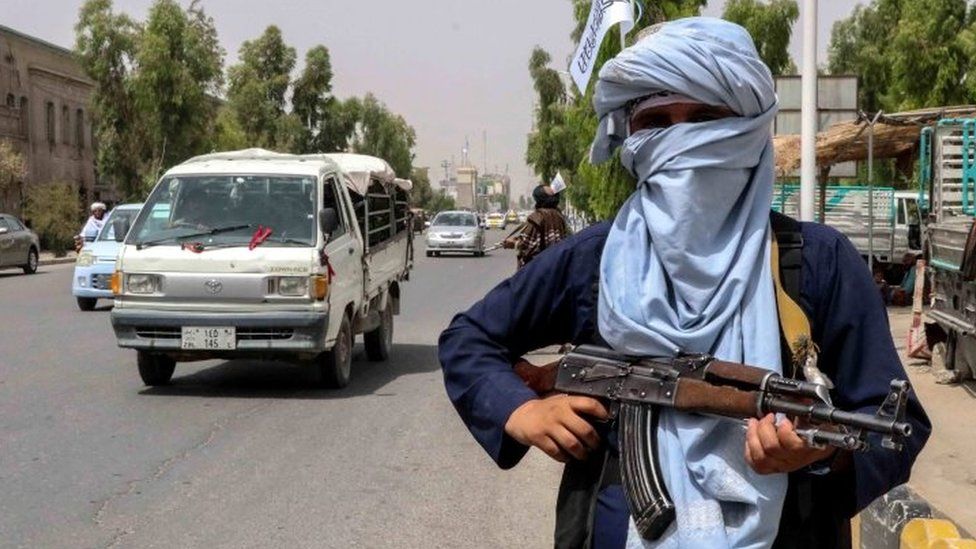 The warning comes despite the Taliban saying they would not carry out revenge on Afghans
30.5k Shares

The Taliban have stepped up their search for people who worked for Nato forces or the previous Afghan government, a UN document has warned.

It said the militants have been going door-to-door to find targets and threaten their family members.

The hardline Islamist group has tried to reassure Afghans since seizing power in a lightning offensive, promising there would be "no revenge".

But there are growing fears of a gap between what they say and what they do.

The warning the group were targeting "collaborators" came in a confidential document by the RHIPTO Norwegian Center for Global Analyses, which provides intelligence to the UN.

"There are a high number of individuals that are currently being targeted by the Taliban and the threat is crystal clear," Christian Nellemann, who heads the group behind the report, told the BBC.

"It is in writing that, unless they give themselves in, the Taliban will arrest and prosecute, interrogate and punish family members on behalf of those individuals."

He warned that anyone on the Taliban's blacklist was in severe danger, and that there could be mass executions.

Foreign powers are continuing efforts to get their nationals out of Afghanistan. A Nato official said on Friday that more than 18,000 people have been evacuated in the last five days from Kabul airport.

Some 6,000 more, among them former interpreters for foreign armed forces, are on standby to be flown out late on Thursday or early Friday.

The aim is to double evacuation efforts over the weekend, the official said.

Outside the airport the situation remains chaotic. The Taliban have been blocking Afghans trying to flee, with one video showing a child being handed to a US soldier.

President Joe Biden, who has come under scathing criticism over what his opponents say is a "shambolic" US withdrawal, is expected to speak on Friday about the evacuation effort.

The Taliban captured Kabul on Sunday, having swept across the country as foreign forces withdrew.

Their victory returns the group to power 20 years on from when they were toppled in a US-led invasion.

The group's previous stint in power saw widespread abuses, including public executions and banning women from the workplace.

But in their first news conference since retaking control of Afghanistan, the group presented a conciliatory tone, promising women's rights would be respected "within the framework of Islamic law".

The Taliban have reportedly pledged not to force women to wear the burka - a one-piece veil that covers the face and body. Instead, the hijab - or a headscarf - will be compulsory.

They also said they did not want "any internal or external enemies" and that there would be an amnesty for former members of the security forces and those who worked with foreign powers.

The UN chief Antonio Guterres said the only leverage the body had over the Taliban was the militant's desire for international recognition.

Asked in an interview if he thought the Taliban had changed, President Biden said no, adding the group faced an "existential" choice about whether they want to be recognised.