Economic partnership agreement with EU: no answer to our trade, economic problems 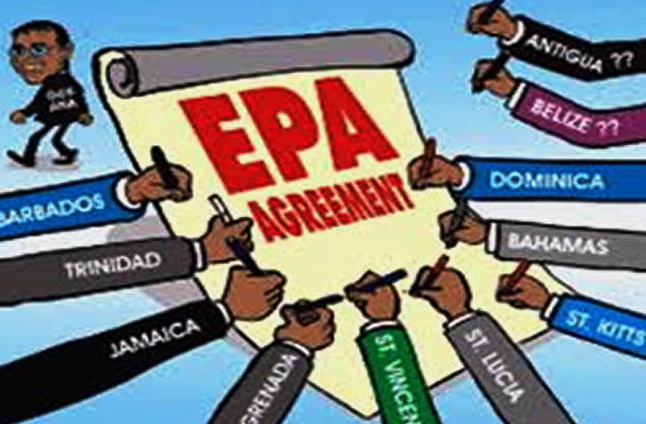 The Daily Graphic was right to go into the history of our recent trade and economic relations with Europe to place the Economic Partnership Agreement (EPA) in its proper perspective.

I wish its editorial on July 27 could go more into recent history. Aid was the route of getting the so-called developing countries onto their feet in the 50s and 60s. Some developing countries and donor receivers, meanwhile, came to the conclusion that what was needed was TRADE, NOT AID.

The United Nations Conference on Trade and Development (UNCTAD) was established in Geneva to foster economic growth through trade and relevant measures. I was fortunate to be President of the Trade and Development Board in 1968 and again in 1969. I worked closely with the first Secretary-General, the brilliant economist Raoul Prebisch, and his successor Perez-Guerero.  I learnt a lot from them and from my European and American colleagues and was inspired to give form to the Generalised Scheme of Preferences which enabled goods from developing countries to enter developed country markets at reduced rates of tariff.

The idea gained some ground that it was in the economic interest of the developed world to assist economic growth in developing countries.  After all, it was said poor countries did not buy many Peugeot, Toyota and Mercedes Benz cars.  Developing countries were better markets when they were richer.

The idea gained ground in the relationship which later developed between the European Economic Community (EEC) and the African, Caribbean and Pacific (ACP) Group.

The EEC and the ACP signed an agreement in Lomé in 1963 which was a model of cooperation between developed and developing countries. I invite all those who are involved in taking any decision about the EPA to read and digest the Lomé Agreement.

The Lomé Agreement showed Europe at its best. It encouraged African countries to plan and integrate. For example, when a country earns, say $100 million from cocoa this year, it naturally plans on receiving $100 or $110 next year.  But if cocoa receipts fall to US$80, next year development plans come under strain.  The Lomé Convention actually gave the country the US$20 shortfall under the “Stabex” scheme. I collected the shortfall for Ghana when I was ambassador to the EEC in Brussels.

The EEC regime for ACP exports such as bananas and sugar were very progressive. Naturally, it attracted adverse comments and threats from Latin America and the United States whose entrepreneurs were responsible for huge plantations in Latin America.

The Lomé Convention could not stand the pressures and the EEC had to cave in. Needless to state that support from ACP countries left much to be desired.

The Cotonou Agreement could not fully replace Lomé. The EEC now needs agreement with African and other countries to safeguard its economic interests.

But what do we in Ghana and Africa really obtain from today’s European offers? We should not be cowed by immediate difficulties to agree to arrangements and systems which would keep us where we are. And with what Europe do we sign the partnership agreement? Britain would soon be out. How stable is the entity with which we agree? And in what economic situation are its members like Greece? How would we cope when we get into unforeseen serious economic problems? It was time we got rid of subservient mentality. We can do it if we think and resolve to work hard.

Is not the future really with ECOWAS and the African Union (AU)? I am afraid both organisations do not inspire any confidence today. But no one but African countries can make ECOWAS and the AU promote and establish African prosperity. That means you and me. We should have confidence in ourselves. Our founders had confidence in our capability.  We should not be slaves to foreign ideas and practices which do not promote our interest.

Partnership with Europe is no answer to our problems. Unemployment is seen as a major problem by most Ghanaians and our leaders should realise that we cannot create more jobs by exporting the same old raw materials and partly finished goods to maintain the industries of Europe.

As the Daily Graphic Editorial of July 27 put it:

“There is no better way to secure jobs than to build one’s local industrial base and the time to do it is now.”

No “partnership” can do it for us. We should, and we can do it.