What are the problems which nag Ghanaians? 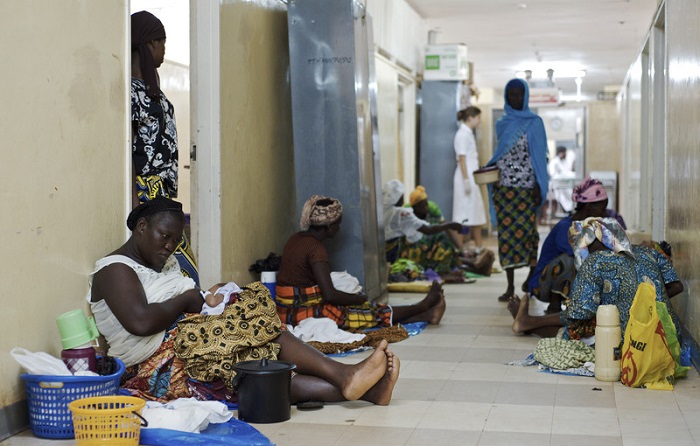 I recently suggested that life is too full of cares for most Ghanaians.  The Institute of Economic Affairs has conducted a survey which identifies the most important problems confronting the nation.

The results of a statistical survey based on interviews of randomly selected households in all Regions have been presented by the Institute’s Research Officer Samuel Manu.  Nothing startling is unearthed but the identification of problems is revealing.  The results should be basic study by those who seek our votes.

Unemployment is the most important problem facing most Ghanaians.  26% of Ghanaians list lack of jobs as the most crucial problem.  Poverty, naturally, follows unemployment as the next worrying problem.  This is listed by about 23% of the population.

Unavailable electricity supply comes next with 16% of the population worried by lights-on, lights-off (Dumsor-Dumsor).  Contrary to what many learned people believe as the most serious issue, corruption comes fourth in the assessment of Ghanaians.

Nearly 10% believe corruption to be the most important problem and this testifies to the common sense of the population and the reliability of the survey.

Corruption is undoubtedly a major issue.  It has always been a problem in human society.  But many do not bribe their way into a job when work is readily available.  And when poverty lurks behind, many are induced to overlook or accede to the demands of the corrupt.

Those who seek our votes should realise that bribing us with even desirables like school meals, sandals, new schools and colleges is not sufficient.  I am surprised that only some 3% of Ghanaians are dissatisfied with our education system.  I expected more Ghanaians to bemoan the state of education in the country.

The acceptance of the present state of education by many is distressing and dangerous for progress in all fields.  Not long ago my good friend Mr Spio-Garbrah came out with good proposals to promote the production, processing and marketing of cashew-nuts.  I asked how his meeting with the farmers and processors went.  It was shambles, I was told.

Many of the farmers could not speak English and the command of Twi left much to be desired.  But English is the official language of Ghana and it is expected to be taught at school.

We have had free compulsory basic education for years and there is no reason why a 30-year-old cannot express himself or herself in fairly good English.  Ignorance of English often means ignorance of governance and new concepts.  I make bold to suggest that the cutting down of diseased cocoa trees to combat swollen shoot succeeded around independence because even farmers who had not been to school understood some English and had reasonable understanding of world trade.

The purpose of the problems survey is “to draw attention to the most important problems confronting Ghana in the hope of making them the centre of discussion as we move toward the 2016 General Election”.

The Manu survey has identified the major problems we should discuss.  But although education came 6th in the problems identified, I believe it should receive priority attention.

This should not be difficult because we do not need to allocate more funds to education or make major changes in policy.  We have to look at the present system and try to infuse some of the old decentralised administrative system and autonomies which promoted innovation and public respect for scholarship.

So far as the other problems are concerned I believe they are rooted in finance.  Unemployment is resolved by creating jobs and work ... industries and the like.  We have to process our raw materials and enterprises have to be established to do this.  The state must set up the appropriate infrastructure and induce or invite entrepreneurs to establish industry and the like.  Where this is not possible the state should not be shy in setting up the appropriate business.  We have had bad experience with state enterprises in the past but much of it was due to mental attitude to state enterprises, inefficiency, unnecessary government interference and corruption.

Money is needed to resolve the problems revealed.  The state has to borrow from the people or from outside.  The problem is not with the money but in using it well.

It is for those who are weighed down by unemployment and poverty to see that their taxes and monies borrowed on their behalf are used well.  So far as invaluable electric supply is concerned we should realise that we can get barges from Turkey and many other places to supply us with electricity.

The problem is the money to pay for such facilities.  But what did our experts do when power supplies from Akosombo were dwindling, gas and oil generation were inadequate and consumption was increasing? We should demand an enquiry.   If authority or government ignored advice we should know.  Incompetence and arbitrary authority should not add to our problems.