What is the essence of our being? 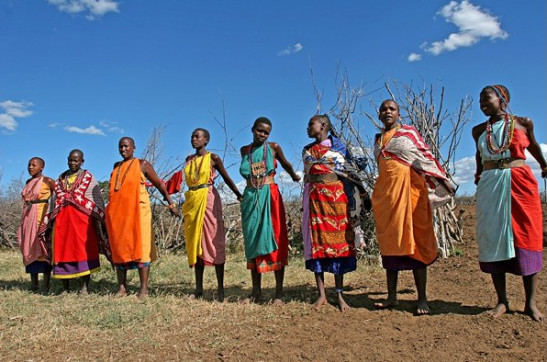 Many learned surveys have been made of the intractable problems facing the country.  Recently, the Institute of Economic Affairs revisited many of the studies about corruption which is a bane of Ghanaian society today.  Prof. Ayee made a brilliant presentation but I still did not understand how the present rot set in.  It was not so in my youth.

It was generally agreed in the presentation that our customary practices by themselves did not breed corruption.  It was the custom to show appreciation for service.  It was not the practice to bribe one’s way to induce service.  Doctors, for example, did not demand payment to minister appropriately as some are said to do today.  In my time, during Christmas their houses were full of chickens, sheep and goats (not bleating ones as some high personalities prefer).  These birds, animals and food items were presents to say the customary “thank you” for invaluable services rendered.  Often the doctors could not recall the names or the medical care rendered.  Other public officers experienced similar appreciation at festivals.

It came out from discussions at the institute that value systems had snapped and it was essential that these should be put right.  Schools should not only be places for passing examinations and obtaining certificates.  Moral values should be inculcated at school.  Again I do not know how the boarding school system was allowed to go untapped at many institutions.  In our time at Achimota, Woodhouse and Korsah would talk to the house before bedtime.  And prefects such as Evans Anfom set the tone for scholarship and behaviour. The college was in place of parents and students were moulded in the best traditions of the country.  What was good in western culture was promoted and students were encouraged to live up to the moral standards society espoused.  We should, therefore, try to find out how and why society snapped in the practice of morals.

Unsurprisingly, when some of us of the old school had the opportunity to teach we followed and promoted the tradition which moulded us.  Fifi Quartey and I formed the Descartes Club at Achimota College.  The Club encouraged students to enquire beyond the confines of the syllabus and to think.  We did not only teach coordinate geometry but explored the ideas of the time of the inventor René Descartes the great French analytical genius who apart from mathematics made great contributions to theoretical physics.  We discussed the metaphysics and philosophy of Descartes and generally agreed that the mind should not be left to take its own course but should be guided.

Thinking, the Club agreed, was that which made man unique. “Cogito ergo sum”, (“I think therefore I am”) became our watch-word.  We agreed that education was not to fill the brain with facts which are disgorged at examination time.  Education we agreed was to guide the mind to develop and help man (and woman) to achieve the purpose of creation.

I still believe that thinking makes man (and woman) unique and enables him to rise up beyond the animal instinct of self.  How can self-indulgence compare with carrying  water to a thirsty Ghana? How can some of those in authority consume what belongs to the people and feel happy? Education should help us to rejoice in service to our fellow creatures.  Society should espouse true moral values and ensure that its members extol virtue.  The essence of our being is service and the happiness of our folk.  Those who do not accept these values should be sanctioned.  Corruption in particular would be reduced if those who indulge in it are punished in accordance with the law.  Those who use their position, influence or power to allow the corrupt to go free are the thoughtless who should be treated with the contempt they deserve.

At independence those we respected were the men and women who tried to enrich the lives of Ghanaians.  The CPP and opposition parties tried to bring the quaint and remote together.  Hannah Cudjoe and her team went to the north to liberate those who were kept moribund in the name of custom and tradition.  Others did yeoman work in other parts of the country to show that the essence of our being is not greed and self-indulgence but that thinking which finds true pleasure in the happiness of our fellow creatures.  “Cogito ergo sum”.  I think, therefore, I am!