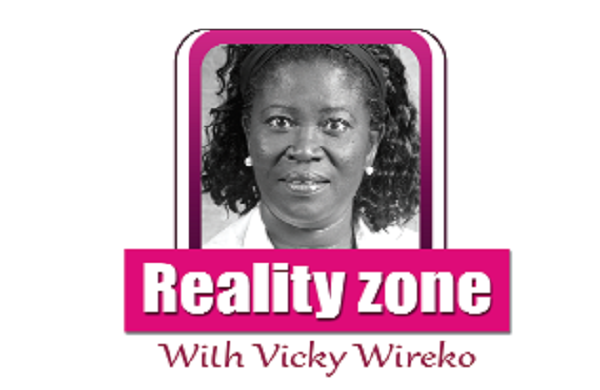 It has run into a third week since its rude entry into our spaces, sending the world running helter skelter as the new variant of COVID-19, Omicron, makes its entry.

It is a most unwelcome guest this time of the year and no doubt it has sprung a surprise on everyone.

While experts thought that a double dose of the COVID-19 vaccine and perhaps a booster were more like it, and that vaccination was to bring us closer to some liberation from the virus, Omicron has reared its ugly head, taking us unawares.

It is causing fear and panic in the world to the extent that what has been described as an unjustifiable travel ban has been splashed on Southern African countries, some of which are reported not to have had a single case of the variant.

A panic, maybe, rightly so, because the world had got to a stage where governments, airlines and businesses were recognising some gains and or recoveries from the blow of three variants of the pandemic since March 2020.

No one seemed that prepared for a fourth variant.

It is natural, and quite rightly so, for anyone to ask countless questions as to why the ups and downs of the COVID-19 at a time when the world is applauding discoveries of vaccines.

With the first and second doses of the vaccines in place and even boosters elsewhere, minds were set that the worse was behind us and that the world was charting a way forward with an antidote.

The signs of normality were creeping gradually into our lives so long as certain basic safety protocols were carried out.

That was good enough for some of us. One did not mind the face masks in public, the social distancing at church, in the banking halls or at school.

One was okay with carrying a hand sanitiser wherever one went and washing one’s hands with soap and water many times over.

And with those protocols in mind, planned activities of all sorts were being put in place to coincide with the Christmas and New Year festivities.

Omicron has catapulted plans, with some people having second thoughts as more cases of the Delta and now the Omicron variants are said to be invading at community levels.

Last week, the World Health Organisation’s (WHO) Africa Regional Office put out a media release which indicated that the Omicron variant is reaching more countries in Africa.

In Ghana, the reported surge in COVID-19 cases in recent times and the detection of the Omicron variant have called for a tightening of safety protocol at the Kotoka International Airport (KIA).

The Ghana Airports Company in a statement on December 10, 2021, announced that all persons flying in and out of the country are to be fully vaccinated.

In addition, any airline which brings in unvaccinated passenger would be surcharged $3,500 per passenger.

Similarly, airlines which brought in passengers with positive PCR test results were to be fined $3,500.

What seems to be stringent measures being put in place at KIA seems to be in order given the background that close to 75 per cent of cases detected in Ghana are allegedly detected at the KIA.

According to the Ghana Health Service (GHS), since November this year, the country has been recording an average of 20 positive cases daily at the KIA.

So Omicron no doubt has brought us another scare and a cause to worry about the spread of COVID-19 in the country at a time when there are plenty of vaccines to go round.

Despite the unceasing efforts of the government, it is heart breaking to learn that Ghana has taken delivery of over 17.7 million vaccines yet only a little up to seven million Ghanaians have availed themselves for the vaccination.

It is good that the GHS is declaring December as the month of vaccination to whip up enthusiasm in the unvaccinated to avail themselves to it.

It is of greater news to hear from President Nana Addo Dankwa Akufo-Addo in his last broadcast to the nation that by the end of the year, a total of 26 million doses would have arrived in the country.

However, if people still remain headstrong and refuse to get vaccinated, may I humbly plead with the GHS for boosters to be made available to those who are willing.

It would be a great shame to hear vaccines received by Ghana have expired because people did not want to be vaccinated. Let us plan with unplanned boosters in mind.