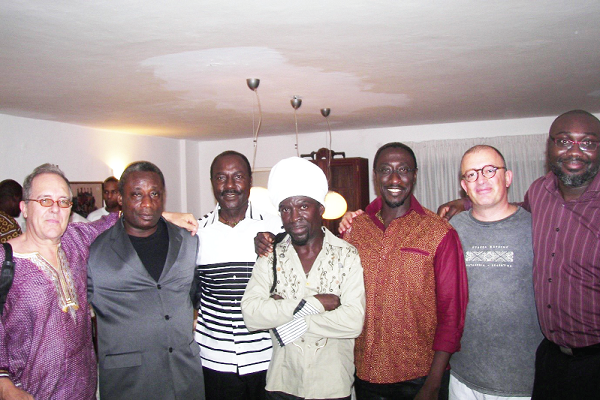 Popular music, often shortened as ‘Pop’, is any international style of music such as Jazz, Rhythm and Blues, Highlife, Afro Beat, Reggae and Ragga, whereas ‘Afro Pop’ means the genre is from Africa.

In appreciating the cultures of the world as intangible valuable assets, the United Nations Educational, Scientific and Cultural Organisation (UNESCO) in 2003 came out with a Convention on Intangible Cultural Heritage, in which Jamaica’s Reggae and Rumba or Soukous from the two Congos (countries), being popular music, were later added to the list of international cultural treasures.

“Intangible cultural heritage” is defined in the UNESCO Convention for the Safeguarding of the Intangible Cultural Heritage (2003) as “the practices, representations, expressions, knowledge, skills – as well as the instruments, objects, artefacts and cultural spaces associated therewith – that communities, groups and, in some cases, individuals recognise as part of their cultural heritage”.

However, the absence of Ghana’s Highlife music in this regard is a big concern to the custodians of our musical heritage, considering that the Ghanaian Highlife genre has been in existence from as far back as 1920.

One of the issues raised during the debate on UNESCO’s Convention on Intangible Heritage in 2003 was the inclusion of modern urban popular music alongside traditional and folkloric music as a world intangible cultural heritage and how long popular music should be to warrant UNESCO safeguarding it.

Professor John Collins (an ethnomusicologist and leading exponent of Ghana’s popular music history), who was one of the panelists at this UNESCO meeting, used his Anthropology Studies background on traditional family structure to recommend using a three-generational criteria, that spanned 60 to 75 years, as a possible time length.

Moreover, since language and culture are the basis of communication, lyrics in Highlife (as with folk-songs) carry proverbs, philosophical ideas, wise sayings, traditional knowledge and traditional cultural expressions that are distinctively Ghanaian intangible cultural assets transmitted from generation to generation.

Today, one of the fruits from Prof. Collins’s positive argument is that if the three-generational criteria is to be used by UNESCO, then Highlife music from Ghana, which is 100 years old, merits an elevation to a world intangible cultural heritage, coming after Jamaica’s Reggae and Congolese Rumba music.

According to Prof. John Collins, Highlife, although began in Ghana, has become more of a West African pop as it is also present in Sierra Leone, Liberia and Nigeria. However, none of these contest that the word ‘High life’ originates from Ghana.

The debate about its origin ended when Prof. John Collins, during the Rex Jim Lawson International Highlife Conference held at the University of Port Harcourt Rivers State, Nigeria in 2015, delivered a paper that made reference to the word Highlife in a 1925 Cape Coast publication. He also made reference to the Ghanaian Dance orchestra by name The Cape Coast Sugar Babies and the fact that the word ‘Highlife’ was only first mentioned in a Nigerian newspaper in 1938.

In fact, Highlife music made Ghana popular in the world of international music, with pioneers like E.T. Mensah and his Tempos touring Nigeria in the 1950s and also becoming a great source of inspiration to a number of Nigerian musicians, including Rex Lawson, Victor Olaiya and Bobby Benson.

Language is used for identity, communication, social integration and the preservation of culture. Hence, the use of local dialects in Highlife songs has enhanced the vitality of the indigenous languages such as Twi, Fanti, Nzema, Ga, Ewe, Dagbani and Hausa.

In this regard, Article 39 Clause 3 of the 1992 Constitution, which enjoins the State to ‘foster the development of Ghanaian languages and pride in Ghanaian culture’ has been upheld.

This is because of all the transmitters of culture or the vehicles for the transmission of culture, the strongest and most viable is one’s own language, which reaches the innermost recesses of a man’s understanding.

Although Highlife music has always been in constant evolution, its tradition of proverbial songs, love songs about women, danceable rhythms and song texts as a vehicle for social commentary, are cultural components that Ghanaians cherish.

The writer is a Research Officer at the Copyright Office of Ghana. Prof. John Collins was his lecturer at the University of Ghana.