Trying to discover China in a week 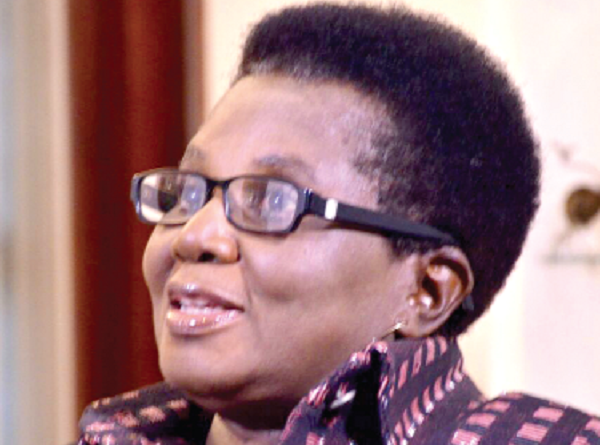 I am not quite sure how I managed not to have visited China all these years.

Now thanks to my friend, the current Ghana Ambassador to China, Mr Edward Boateng, and the Chinese Ambassador to Ghana, H.E. Shi Ting Wang, this serious gap in my knowledge has been closed.

I have just returned home from a one-week trip to China, or considering the sheer size of the country, maybe more correctly, I should say I have returned from Beijing and Shanghai.

My planned itinerary was for Beijing, Shanghai and Guangzhou and back to Accra.

The story of how I failed to get to Guangzhou will be told in another installment of this travelogue.

I was famous at the BBC for telling producers who were going on what used to be quaintly called “duty tours” that they should go to every country prepared to be surprised.

In other words, don’t read up too much on the country before you go because you will find yourself simply trying to tick off the things you have gathered in books or on the net, as the advice would be to today’s producers.

I know this is not exactly the kind of thing you would find in a Journalism textbook, but it worked for me.

But how do you empty your head of a country that is so much in the news?

I came to a compromise with myself, I would bone up on the essentials, and go there with my eyes and other senses wide open.

I would go ready to be wowed or underwhelmed but try and find the answer to how the Chinese managed to reinvent themselves so comprehensively in so short a period.

When I arrived, it was hotter in Beijing, 34 degrees centigrade, than it was in Accra when I left, 25 degrees.

That was normal in August, I discovered and indeed, the previous week had been even hotter.

You can fry an egg on the pavement, was the colourful expression used to describe the heat of August in Beijing and other parts of China.

Beijing airport is hi-tech, and predictably massive; more hi-tech in real life than what you see on television.

The Ambassador Boateng machine swung into action, efficient and reassuring. I am met and it is obvious I look different in real life from my photos.

Immigration procedures were painless and customs depends on technology. Verdict: a welcoming airport.

I realise I am a VIP visitor when a young lady from the Chinese Foreign Ministry steps forward to shake my hands and introduce herself as my guide for the one-week stay.

She turns out to be as sharp as a razor and extremely well-informed and she speaks fluent English.

I resisted asking her where she had learnt English when I remembered how much it used to irritate me when Americans and Brits asked me where I had learnt to speak such good English.

The drive into town gave a quick taste of the famed Beijing traffic. The 30-kilometre journey took more than an hour.

The first architecturally exciting building I ask about on the drive from the airport, I am told belonged to Jack Ma the famous Chinese co-owner of Ali Baba.

I was to see many more architecturally striking buildings across the city. The CCTV building certainly asks to be noticed.

The city of Beijing has a population of 27.11 million people, almost like the whole of Ghana, so we are talking of a lot of people.

The city is set out in rings, the inner first ring, which is like the downtown or central business district, then the second, the third and fourth ring.

There is frenzied construction activity taking place all around.

There are lots of cars, lots of motorbikes, and yes, there are still lots of pedal bikes (which is my historical image of Beijing) and you can tell from the state of the cars that this is a society that is experiencing prosperity.

And oh yes, there are lots of human beings. The queues at the end of the working day at each bus stop looks like the inhabitants of a mid-sized Ghanaian town at the bus stop.

But the queue is orderly and every one of them has his head bent and looking at his or her smartphone. (About which, a lot later).

I had telephone problems, I had quite forgotten that Google services were blocked and WhatsApp wasn’t working.

When Vodafone finally came on, they were offering “best rates” at GH¢ 11.6 a minute to make a call and GH¢ 7.2 a minute to receive a call.

A local SIM was obviously the way out and it solved the immediate problems. On my third day, the IT people figured a way around the restrictions and I was able to get back to my normal arrangements.

The driving is orderly and I am taken up by the protocol at junctions and intersections for the cars, the motorbikes and bikes and the human beings.

The median of the streets are separated by small decorative metal railings.

They look to be about two feet, less than a metre high and not once did I see anybody cross the street at any but the designated places.

My mind, of course, is constantly going back to my city of Accra and the constant battle with concrete slabs and wires in the street median and people jumping over impossible obstacles to cross the road at places other than the designated ones.

I was a bit apprehensive about my visit to the headquarters of Sinohydro.

Now that is a name that is very much in the news back in Ghana and on the lips of President Nana Addo Dankwa Akufo-Addo.

That is the company that is expected to be executing the big projects announced in the mid-term budget review and since then, spelt out by the President at every stop on his regional tours.

A lot appeared to be hanging on this company.

Actually, the company I went to is PowerChina, Sinohydro is only a small subsidiary of the holding company.

They are big, they are state-owned and they are #182 on the Fortune 500 list and they execute hydro projects around the world.

The meeting was interesting for me, no subject was off limits, the conversation ranged from their experiences around the world in executing projects and the inevitable clash of cultures.

I had discovered that my guide, a young, high-flying official of the Foreign Ministry had five working days leave a year.

I couldn’t hide my surprise and she quickly added that the five days were in addition to all public holidays and weekends.

The Vice-President of PowerChina has 20 days leave a year, and he seemed embarrassed about that and he added as though he needed to apologise for it, that he had been with the company for more than 25 years.

I visited the China Gezhouba Corporation, another of the Chinese companies active in Ghana.

According to some 2014 numbers, the company is the 33rd largest contractor by revenue in the world.

They built the Kpong water works and they certainly have an impressive catalogue of the projects they have done.

The most dramatic, in my estimation, being the Three Gorges Dam.

Even the simulation in their office is breathtaking.

Like PowerChina, they really would be happier in Ghana if things moved at a quicker pace.

I took that to be the Chinese way of saying things move too slowly in your country.

But they don’t use such language.

This has to be a three-part report.

Huawei, ride on the bullet train averaging 307 kilometres an hour, the Forbidden City, the Silk Tree shopping mall, home of all fake designer goods, Shanghai and my inability to get to Guangzhou, the Great Wall.

The food deserves a piece by itself.

Then the big question, did I find an answer to my quest to discover how the Chinese managed their miracle.

All shall be revealed.