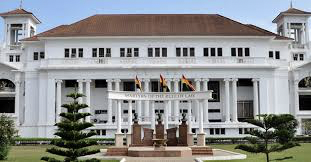 For many, the mantra that ‘Parliament is master of its own rules’ has been a holy grail for as long as the sun has been rising in the east.

This phrase was shouted hoarsely during recent heated public arguments about order 109 (3) of Parliament’s Standing Orders, which forbid a Deputy Speaker from having an original or casting vote while presiding in the absence of the Speaker.

It must be quite a dent, therefore, to realise that indeed, that mantra is only valid to the extent that those rules do not offend any aspect of the supreme law of the land, which is the Constitution.

After all, Article 110 (1) of the Constitution makes it clear that Parliament’s right to regulate its own processes through its Standing Orders is subject to the Constitution.

The Supreme Court case came about not because a bored student of constitutional law just felt like testing the law for the sake of it.

The flight to the apex court was occasioned by a lot of parliamentary heat and violent disagreement to the point of fisticuffs on live television arising directly out of the sharply partisan matter of the E-Levy and matters arising.

With arguments and chairs being dragged all over the place over what the law (including Parliament’s Standing Orders) said, it was important to go to the ‘oracle’ (in this case the Supreme Court) for clarity on the matter. Mr Justice Abdulai decided ask the court a number of questions.

When the court ultimately spoke, it did so with a unanimous, an unwavering and clear voice – that a Deputy Speaker, when he or she takes the chair in the absence of the Speaker, does not lose his or her vote in Parliament in a debate over which he is presiding, primarily because his right to vote on behalf his constituents is crucial and ought not be forfeited simply because he is deputising for the Speaker.

In its 29-page ruling, the seven-member panel, presided over by Mr Justice Jones Dotse, took the pains to set important background with respect to legal supremacy within the context of Ghanaian contemporary constitutional history, as well as the Supreme Court’s jurisdiction in the matter.

Among others, it also discussed the critical issue of quorum within the contexts of Articles 102 and 104 of the constitution, and took the trouble to point out that while Art 102 of the Constitution discusses quorum with respect to the House being able to conduct its deliberative business, Art 104 discussed quorum for the purposes of voting.

Art 102 requires the presence of one-third of all MPs, ‘apart from the person presiding’ (to quote the Constitution) for a quorum to be formed in order for ordinary business to commence.

What this clearly means is that whoever sits in the Speaker’s chair (including a Deputy Speaker, of course) cannot be counted as part of the quorum of one-third for business to commence.

However, Article 104 is markedly different in two ways. First it sets a higher bar of the presence of half all MPs for a vote to be taken. Further, and crucially so, in this instance Art 104 does not impose the restriction of excluding ‘the person presiding’ for the purposes of forming a voting quorum. In other words, when it comes to voting, the presence of half of all MPs is required.

Clearly, a Deputy Speaker, even if he is presiding, remains an MP and, therefore, qualifies to be counted as part of MPs present for the purposes of forming a quorum for voting under Art. 104.

To their Lordships, this distinction regarding ‘the person presiding’ with respect to Art. 102 and Art. 104 could not have been accidental but rather speaks to the intentions of the framers of the Constitution, to wit, that they did not intend to restrict the right of a Deputy Speaker (who by law must be an MP, unlike the Speaker) to vote in the House even when presiding in the absence of the Speaker. In other words, there must have been a clear reason a Deputy Speaker, being an MP, is not excluded from being counted as part of a quorum for a vote to be taken under Art. 104 even when he is presiding.

The court also noted that while the Constitution clearly bars the Speaker from having an original or casting vote in Art. 104 (2), no such restriction is placed on a Deputy Speaker, whether or not (s) he is presiding in the absence of the Speaker.

It also reasoned that where a restriction or duty is imposed on the Speaker and Deputies, the Constitution uses the generic expression ‘the person presiding’.

In the case of Art. 104 (2), however, the Speaker is specifically mentioned and, therefore, one cannot simply rope in the Deputy Speaker into the voting restriction therein just because he or she is presiding in the absence of the Speaker.

Consequently, the court struck down order 109 (3) of Parliament’s Standing Orders which denies a presiding Deputy Speaker an original or casting vote as ‘unconstitutional, null, void and of no effect’.

Of course, one is at liberty to disagree with what the Supreme Court has decided. Vigorous debate is acceptable and is even to be encouraged in such matters because that is the only way our public discourse can grow, but to suggest, as some have, without even bothering to read the judgement, that the court was interfering with the work of Parliament or giving the government some succour in the light of the e-Levy issue that ultimately led to the Supreme Court is just unfortunate and preposterous populist political posturing.

The cliffhanger spread of the seats in Parliament has thrown up all manner of permutations that had hitherto not been in contemplation and has also engendered this particular issue, but it was also important to test the law to grow our political system.

As fire strengthens clay, I am confident that our democracy will improve with these bold challenges. It is important to have clarity on these and other contentious issues.

I doff my hat to Mr Justice Abdulai for his lawsuit. Clearly, he is no timorous soul, even if he ultimately was unsuccessful in the reliefs he sought. We need more of such souls to help grow our republic.