From the throes of IMF, to COVID-19, to Ukraine, no President of Ghana compares to Nana Addo, in terms of challenges 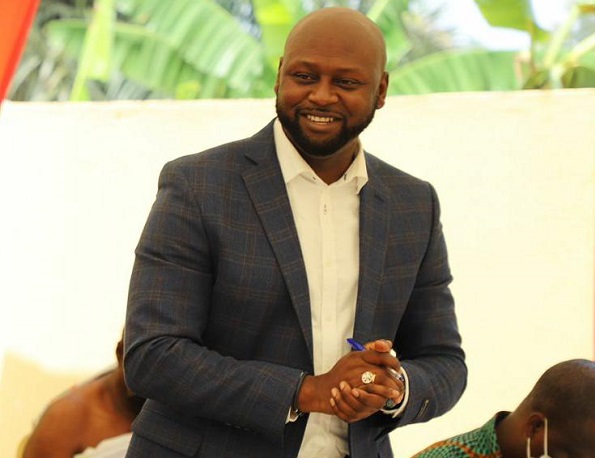 One of the titles most often used to describe Moses in the Bible is that of the Servant of God.

Servants do not choose their assignments. Like the Army, they serve to protect. They serve wherever they are called.

I dare say, accordingly, that Nana Addo has been our Moshe Rabbenu, who has been leading us very well through the roughest times in our nation's history and is still poised to lead us, at least, close to the Promise Land.

In peace and normal times, the government of John Dramani Mahama took Ghana into the shackles of the IMF for almost 4 years, whereby the opportunities for Ghanaians, especially, the youth, was cavalierly frozen for years.

It took Nana Addo roughly 2 years to unshackle Ghanaians from the claws of the IMF.

This escape was done concurrently with the $4 billion financial sector cleanup, the introduction of Free SHS, the start of 1 District 1 Factory, the building of the most roads ever by any government term, the Pawlugu Multipurpose Dam (the biggest single investment by any government in Northern Ghana).

However, soon after we got out of the shackles of the IMF, and Nana was earnestly clearing a backlog of suffering and major problems left for him, COVID-19 hit!

It is amazing how many Ghanaians underestimate the economic impact of COVID-19.

Just to put this issue into a little more perspective, the last time anything like COVID-19 hit the world, was, according to the history books, in the 1920s - the Spanish Flu Pandemic. COVID-19 has devastated even mighty economies.

A very good example can be found in Canada, which solved its structural deficits in the early 90s via the introduction of a 15% Sales Tax, and for about 25 years, was seen as an epitome of excellent fiscal management.

I culled this from the website of Statistics Canada for readers:

"Historic deficit for the Canadian general government. In 2020, the consolidated Canadian general government (CGG), which includes all federal, provincial, territorial and local governments, posted a historic deficit in the order of $325.5 billion. Increased expenses (+30.7%), particularly in health care and social protection, and, to a lesser extent, decreased revenues (-1.9%) related to the COVID-19 pandemic, simultaneously worsened the deficit. By comparison, the deficit was $40.7 billion in 2019, whereas the consolidated government finances were balanced in 2018."

Also, per tradingeconomics.com/canada/government-debt, one can see that the National Debt of Canada, (which hitherto had international acclaim, with only organic growth in its debt stock from 2012 to 2020, from about $600 to $700 Million (Canadian Dollars), suddenly shot up to over 1 Trillion Canadian Dollars. COVID-19 did this, clearly!

Even though African economies were adjudged to have suffered the most due to COVID-19, Ghana has weathered the pandemic well and is on track to have close to 6% growth this year, after twp years of major economic setbacks, whereby growth rivalled the economically anaemic Mahama years.

Finally, we are witnesses to what is going on in Ukraine now, causing major upheavals to fuel prices, exchange rates, etc. Even before the war, speculation about the impending war had been causing economic upheaval on world markets.

Nana Addo has been the visionary and effective Servant of Ghana we have been fortunate to have to lead us through such unprecedented challenges, which would have sunk any ordinary Presidency.

Let's rally together, look within, to find ways to internally generate revenues, as we look forward to more normal times and accelerated development, which we are poised for, despite the unprecedented upheavals we are going through.