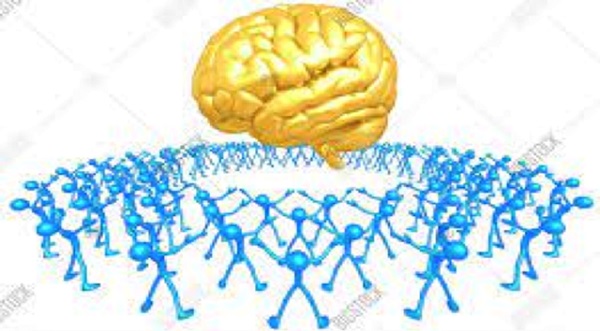 Worship has an effect on the brain Follow @Graphicgh

Recent advances in neuroscience and brain-imaging technology have offered researchers a look into the physiology of religious experiences.

Like Richard Dawkins says, “Why do people believe in God when there isn’t any evidence that God exists?”

Well, probably, he’s talking about a particular kind of evidence. And yes, maybe there isn’t scientific evidence for it. But if you go to a church or a synagogue, you’ll find people who have loads of evidence that God exists in their lives.

It may not be evidence he is willing to accept, but nonetheless it’s still evidence.

But what does brain science add to age-old debates about the existence of God and the value of religion?

The Oxford Dictionary(n.d.) explains: “Worship” is the “Reverent honor and homage paid to God” or “to render religious reverence and homage.”

Liedke’s (2018) thesis found that when we worship God, there is an increase in BPNF, which is a neurotransmitter that helps us grow healthy brain cells.

Liedke notes: “Every morning, we wake up with 300 million more brain cells. When we worship, gamma waves are created in our brain that can actually help us feel the presence of God”.

Liedke (2018) agrees that the Gamma waves do more than just make us feel better, they actually increase our intelligence, too.

Research has shown that as you worship, you increase in wisdom and there’s an increase in your capacity to understand the goodness of God.

So your relationship with God deepens as you worship Him. As you worship, your brain is comprehending wisdom from the living word, helping grow your capacity to understand that God absolutely adores you.

Interestingly, just seven minutes of worship every day will change your brain.

Krause and Hayward (2014) found religious music to promote a strong sense of connectedness with other people.

Worship and prayer have a well-documented positive effect on both the person who engages in the prayer and worship, and the person who is the subject of prayer (Galton 2012).

A retrospective 2008 study by researchers at Beth Israel Deaconess Medical Centre of school children in Boston found that children with three or more years of musical instrument training performed better than those who didn’t learn an instrument in auditory discrimination and fine motor skills.

Andrew Newberg a radiologist, who first began to study the effects of prayer on the individual using a functional magnetic resonance imaging (fMRI), conducted a study on prayer and the brain effects.

He recruited patients from different faith traditions and directed them to spend 12 minutes a day in active prayer or conversation with God and control group, who did nothing.

After obtaining a baseline fMRI, a repeat fMRI scan was obtained and differences in volume and metabolic activity were evaluated.

The startling finding shattered the previously believed myth that the brain would not grow in adulthood.

A statistically significant increase in the volume of the cingulate cortex was observed and launched Newberg’s career into the field of neurotheology (Newberg et al., 2003).

The first structure was the cingulate cortex which increased demonstrably in volume and metabolic activity.

The second was another unexpected finding the down regulation of the amygdala’s fear response and subsequent decrease in the activation of the hypothalamus fight or flight mechanisms (Newberg, 2003).

An increase in the volume of the cingulate cortex or gyrus results in an increase in not only the capability, but also implementation of empathetic thinking and feeling.

In essence, as the cingulate grows in volume and metabolic activity you transform into a nicer, more forgiving and trustful person (Kuchan, 2007).

Worship’s effects on the amygdala have also been well studied and demonstrates a wide range of effects as a result of the hypoactivation or down-regulation to the fight or flight mechanism (Boelens, Reeves, Replogle, & Koenig, 2010).

This hypoactivation extends to the hypothalamus and the initiation of the fight or flight response.

The result is a significant decrease in the deleterious effects of chronic fight or flight activation and the decrease in heart rate, blood pressure, blood glucose levels and serum markers of inflammation (Anderson & Nunnelley, 2016).

In conclusion, science demonstrates the effect of worship, especially on the brain which Liedke (2018) thesis found that when we worship God, there is an increase in BPNF, which is a neurotransmitter that helps us grow healthy brain cells.

Additionally, Krause and Hayward (2014) found religious music to promote a strong sense of connectedness with other people.

Finally, worship and prayer have a well-documented positive effect on both the person who engages in the prayer and worship, and the person who is the subject of prayer (Galton, 2012).

The writer is President, Nyarkotey College of Holistic Medicine & Technology(NUCHMT)/ African Naturopathic Foundation. E-mail: This email address is being protected from spambots. You need JavaScript enabled to view it.