Through the changing dynamics of these financing models, we have had to, on a balance of probability, pursue options that are in the best interest of the country’s educational agenda and our overall focus of human capital development.

It is based on this that a passionate analysis of the call by the finance minister to wane off public tertiary institutions from government payroll is non-negotiable.

Two major events have necessitated a discussion on this long-standing debate on financing higher education institutions in Ghana.

The first is the challenge with the government payroll system which is over-bloated, coupled with our current economic challenges, which makes it difficult for the government to have enough fiscal space.

The second trigger is the recent UTAG strike on their conditions of service which have been an albatross on various governments.

There might be other remote causes but for me, these two are the immediate causes of the proposition by the minister.

To be able to address the economic challenges we are currently grappling with, the minister is suggesting that in the medium term, one of the measures to undertake will be to “wean off public tertiary institutions from government payroll and provide them with a fixed amount block grant instead”.

This to him would reduce the volume of the government payroll, and by inference take the government off any responsibility in terms of workers’ agitations since the institutions would be responsible for paying their employees.

The 1992 Constitution of Ghana, Article 38, Section 2a states that: “The State shall, subject to the availability of resources, provide equal and balanced access to secondary and other appropriate pre-university education, equal access to university or equivalent education, with emphasis on science and technology.”

This denotes that there is a responsibility on the State to provide equal access to university education, but subject to the availability of resources. This position of creating equal access was brought up in a suit at the Supreme Court (SC) by the Federation of Youth Associations of Ghana (FEDYAG).

In that case, the SC held that public universities could have a fee-paying policy and that such a policy was not discriminatory. This implies that it is legal for public universities to charge full fees under the current constitutional dispensation.

It will be important for the government to publish a policy brief on this proposal so that it will be easier for policy analysts and the general public to appreciate the modalities of such a move. 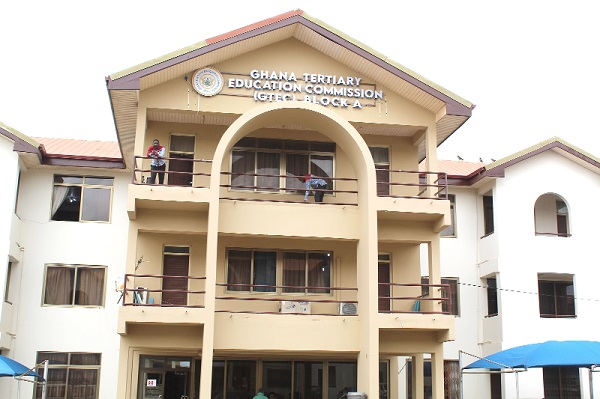 Such a policy brief will clearly explain the terms and conditions of the “block grant”, its application and disbursement criteria and the role the Ghana Tertiary Education Commission (GTEC) will play in all this.

However, these are the implications of the proposition by the minister:

• We have a target to obtain a Gross Tertiary Enrolment Rate (GTER) of 40 per cent by 2030. To achieve this, we have already removed the financial barrier at the secondary education level to pave the way for more people to access secondary education. This will naturally translate into higher enrolment levels at the tertiary level. We have not been able to improve over the years because of inadequate infrastructure in our public universities. Adding a cost barrier will automatically reduce access to tertiary education, and hence, we will not be able to meet our target. The effect of this is that the positive relationship established between improvement in GTER and the economic transformation of countries cannot be realised in this country.

• The externalities of tertiary education are enormous. That is why in the development trajectory of advanced economies, they invested heavily in their tertiary education institutions, making them the hub of strategic thinking, research and innovation. “Privatising” public tertiary institutions might reduce the social benefits associated with accessing tertiary education since most people might not be able to afford the fees.

• There is also a possibility of retrenchment if the public tertiary institutions are not able to raise enough revenue to pay their workers. The implications of a possible retrenchment on the overall economy cannot be underestimated.

• There should be robust students’ financial assistance schemes that will offer various forms of assistance to students. What we currently have is nothing to write home about.

A good public policy finds a fine balance between social benefits and costs and it is implemented with the interest of the public at the centre.

We might be going through various challenges which require that we think outside the box. It is also true that the public sector wage bill is an albatross on government finances.

It, however, does not mean we should sacrifice the development of our human resources, especially at this stage of our development process.

We do not have the muscle to “privatise” our public tertiary institutions.

We should subscribe to a revised cost-sharing model where the government can absorb certain categories of employees’ remuneration in the public tertiary institutions in addition to the payment of a “fixed amount block”. This will prevent the institutions from charging exorbitant fees that will block access to tertiary education for many who cannot afford it.