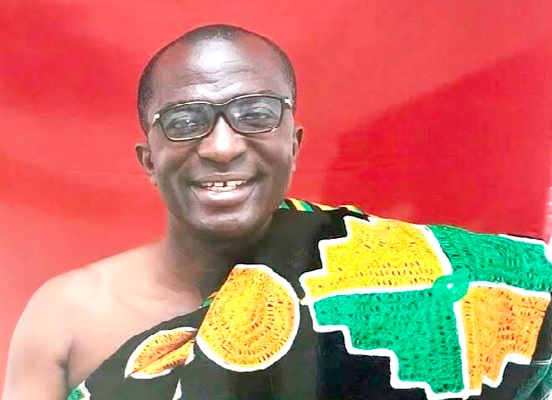 Fellow Ghanaians, I am sure you are wondering if the caption is wrong. No! You read it right. I watched from afar the New Patriotic Party (NPP) campaigning massively for the opposition party with so much joy and grace.

Let me review the first four years of the Akufo-Addo-led NPP government. The corruption scandals that engulfed Akufo-Addo’s ardent rival’s administration [John Mahama] motivated many electorates to crave for a change in the run-up to the 2016 general election.

When Akufo-Addo did grab the reins of political power, he implemented many life-changing programmes and the free SHS (FSHS) was no exception. The FSHS came into fruition to the admiration of the world, since no one was sure how this massive policy would be rolled out. I fully support it.

Then came the creation of new regions. The President hurriedly and boldly created six new regions. This was received with so much joy by the beneficiaries. The accompanying infrastructure was and is still being developed for these new regions.

The government went on a massive digitisation spree to the delight of many Ghanaians. The above works were all done together with massive development projects across the country.

Based on these successes, the 2020 election should have been a “thank you” election by the masses to renew the Nana Addo-Dankwa Akufo-Addo’s (NADAA) mandate for another four years.

Nurse trainee and teacher trainee allowances which were scrapped by former President Mahama were restored and the COVID-19 pandemic was expertly managed with many social intervention programmes, in my humble opinion. No one disputes these fantastic works by the NPP government.

In all of these, there are actions of the NPP government which touched the dreaded tail of the anti-corruption Kraken which caused Mahama’s defeat during the 2016 general election: the perception of corruption and supporting actions. There was a massive scandal called the PDS which failed.

This was followed by numerous minor scandals and then in 2020 (when every smart government in an election will avoid implementing controversial policies), the NPP went ahead with some bone-shaking policies.

Notable among them was a ban on the importation of used accident vehicles, abandoning the multimillion-dollar upgraded University of Ghana Medical School Hospital until COVID-19 exposed them, the miraculous vanishing of seized excavators from galamsey operators, Auditor-General perceived witch-hunting and the final bullet, the biggest scandal to hit the government surfaced: the Agyapa deal.

The Agyapa deal was hurriedly passed in Parliament and upon the outcry of the masses, the President quickly ordered the Special Prosecutor (SP) to review the deal. The SP’s findings were damning and the actions of the President, as alleged by the then SP, shook the foundations of the vault keeping the anti-corruption Kraken safe.

The anti-corruption Kraken was unleashed, all the gains of the NPP vaporised into thin air but they were hinging onto the FSHS to save them. They lost over 26 seats in Parliament, and miraculously squeezed through the 2020 presidential election.

Based on my personal analysis, there are about five to eight per cent of the Ghanaian populace who have no political-party-worshipping syndrome. They are the true Ghana First principled individuals who abhor corruption.

These special citizens either did not vote at all in 2020 or voted for Mahama in 2020. The saviour of the likely parliamentary ‘majority’ was John-Peter Amewu who went all out to wrest power from the jaws of the NDC’s lion seat of Hohoe through his hard work.

Now, for the NPP to truly get a majority in Parliament, they have an independent MP from Fomena, who they sacked and vilified, to contend with.

All I have to say in conclusion is this: stay away from corruption else no party will be guaranteed another term regardless of their massive infrastructural development as evidenced in Mahama's era and now NADAA's first term.

Ghana has come of age, our democracy is maturing and soon the politicians will fear the citizens who elected them. They demand hard work, jobs, humility and no corruption in any form.

Ghana is truly the beacon of hope for Africa when it comes to democracy. Let us all unite to make it better.

The author is an air quality scientist and President of the Ghana Canadian Association of Calgary.