Since our independence from British colonial rule, some of our compatriots have always thought of themselves more Ghanaian than others and even spoken and acted as such in some instances in the past. They continue to do so today.

This unhealthy false dichotomy between native or indigenous Ghanaians and immigrant or foreign Ghanaians that is continuously vibrating loudly in our agrarian and extraction industry as well as our cultural, social, civic and political arenas needs to stop because it is a dangerous divide that is rooted in ignorance and superficial sense of the history and origin of our various ethnic groups.

Also, this unhealthy grouping of Ghanaian citizens is threatening our national stability, as it has proven again and again to be a spoke in the wheel of our modest progress.

The Genesis of the Ghanaian people is “as old as the history of the ancient states,” tribes, and groups who settled here, Professor W. C. Ekow Daniels writes in an insightful law review article, “The Development of Customary Law,” published two decades ago.

Diverse ethnic groups moved to what is present day Ghana from elsewhere because “of ethnic migration, trade and ethnic warfare,” Professor Daniels contends and elaborates.

In what is now northern Ghana, its earlier inhabitants included the kingdoms of “Mole-Dagbane states of Manprusi, Dagomba, Gonja and the Mossi states of Yatenga and Wagadugu.”

In what is now the middle belt of Ghana, its earlier inhabitants, fleeing the influence of Islam, included the kingdoms of “the Banda, Adansi, Denkyira, Fante, Akyem and Asante collectively described as the Akan people who moved south rather than accept the religion of Islam.”

In what is now the western coast of Ghana, the Guans settled, having come from elsewhere.

And in what is now the eastern coast of Ghana, the Gas, the Adangbes, the Shais, Krobos and the Ewes settled there upon their arrival.

A vast diversity of migrant tribes and people therefore founded Ghana. This diversity “spawned traces of customary law whose sources were as diverse as the different people who founded the country,” Professor Daniels adds.

Our forebears were thus once strangers in what we now call our homeland Ghana. There are no native or original inhabitants of our dear country. We were all once foreigners, first, and then citizens later. 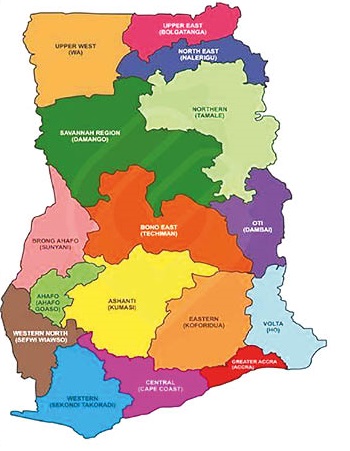 The false binary between indigenes and settlers, natives and foreigners is more pronounced in two instances. One, during times of resource scarcity or perceived impending resource scarcity.

And two, the native and settler debate is more palpable when some resource of great wealth is found on a land.

Thus, in reaction to real or perceived land scarcity, the Bole Traditional Area recently resolved to re-christen so called “settler” communities in that jurisdiction with Gonja names.

If the Bole Traditional authority follows through with its renaming plan, over 100 communities in the Bole and Sawla-Tuna-Kalba areas will be affected.

Prior to this planned ex post facto renaming of communities, in the Eastern Region, the Akyem Engresi chief is reported to have banned Krobos “settlers” in Kwateso from burying dead relatives in Kwateso.

“I am not saying I am sacking them,” the Akyem Engresi chief declares. “They should produce land documents; if it has expired, they have the opportunity to renew them,” he explains.

The so called “settlers” of Kwateso of whom evidence of land ownership in the form of “documents” is now demanded have been on the said land over a century when customary law knew no writing.

It has been observed that the Kwateso land fend is warming up because of the discovery of large quantities of gold in that area.

Wars have their genesis often in land disputes. In Ghana, where the population is meagre and the land abundant, land fends are rare.

The converse holds too.

High populations, large scale extraction, and industrialisation has limited the ratio of land to people, driving contesting claims to land up.

But this is the time for creative solutions, not the time to sack our fellow citizens from lands their forebears and they built on, lived on, and worked on over decades, even centuries.

Creatively evolving equitable and durable solutions to optimise land use is far less achieved by attaching adjectives such as “settlers” to some Ghanaians, excluding them from their invested rights in land based on these historically unjustifiable adjectives.

The writer is a lawyer/doctoral fellow at Fordham Law School, N.Y., USA. E-mail: This email address is being protected from spambots. You need JavaScript enabled to view it.