Patronage: Keeping us subservient to power 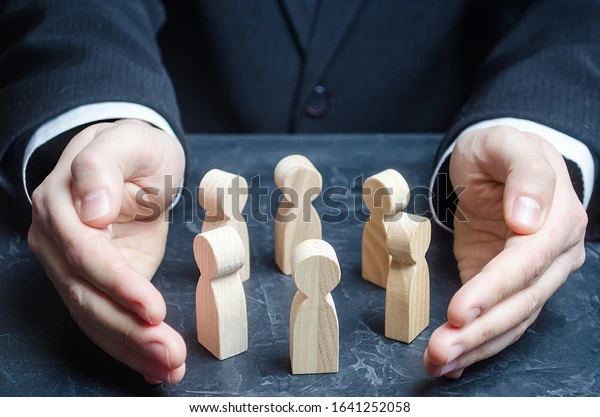 What is patronage? It is the power to control appointments to office or the right to privileges.

It is what makes Ghanaian citizens grovel at the feet of politicians, who may be the least of men and women, but for power.

It is the system by which politicians control resources, rights and privileges.

It is maintained by politicians who endeavour to make life so complicated for citizens that there is no way than to seek that ‘generosity’ or that support, when a citizen desires a right to be honoured or access to a public service or good.

That is why in Ghana, the maxim for employment is “who you know.”

And by that term, we know that it is the big politician one knows that defines one’s employment status.

Our politicians know it and enjoy the fact that we look up to them as the end all and be all of living, thus they cherish the status quo of bad governance!

They enjoy the public veneration and the fact of our helplessness, unless we are properly aligned to them, by grovelling and praise-singing even when they use our own resources to build places of convenience for us.

Thus, patronage has been institutionalised. With most Ghanaians saying their assembly members and MPs “never” or “only sometimes listen to them, (AfroBarometer Round 9), perhaps demonstrations might be the language they can respond to.

So, last week, on July 18, 2022, artisans and spare parts dealers at Suame Magazine pelted their Member of Parliament (MP) Osei-Kyei-Mensah Bonsu with water when he visited them.

Aggrieved by their deplorable roads, artisans demonstrated their angst by ‘ponding’ him with water, amidst chants, of “Away!Away!”

That brave demonstration by disgruntled constituents, against a four-term MP, whose constituents said was doing nothing for the development of the area but only appeared during campaigning for elections, sadly ended in an apology by the leaders at Suame Magazine.

What were they apologising for? For the demonstration by Ghanaians, which is a legitimate right?

The leaders of Suame Magazine, who have the big contracts, travel out of the area often, coming back just to supervise, are not empathising with their people, those struggling to survive, but rather with the person with ‘power’ in this equation.

Additionally, the development of an area, is not the mandate of an MP; however, most have carried themselves in a manner that makes us all think that no development happens without them.

Theirs is to ensure the right laws that are efficient enough for the rank and file at Suame Magazine to carry on all legal efforts without hindrance or let.

Theirs is to ensure that the plans and resources of the government are in sync and the common citizen has value for every market toll or car park ticket taken from him or her.

It is basic; MPs are not development agents, but they have made us believe they are.

If, they have thus carried themselves out as such, (that is, development agents), then it is little wonder to be pelted with water.

We cannot continue on this course. MPs must have the grace to stick to their spheres of work and leave development for the President’s representatives at the local levels.

In seeking our votes, they must not promise things out of their reach and scope, if they do, then we pelt with them water into realising their unachievable pledges.

I believe those who pelted Osei Kyei- -Mensah-Bonsu were exercising a right, and are not guilty for any offence, their leaders should be ashamed for maintaining a status quo that is getting Ghana nowhere!