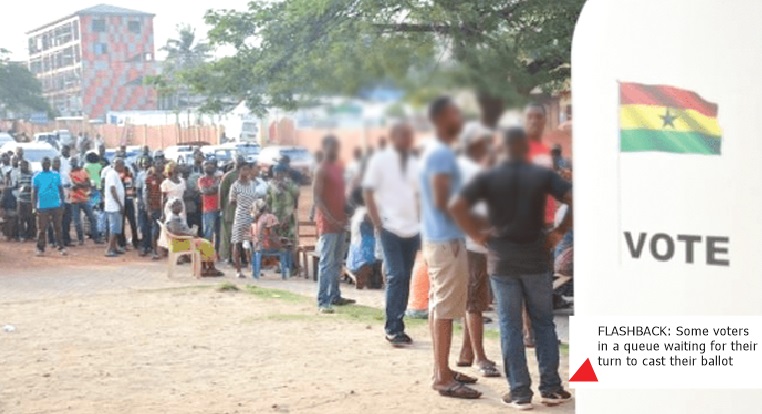 The proposed Public Elections (Registration of Voters) Regulations 2021 Constitutional Instrument (CI) by the Electoral Commission (EC) of Ghana is generating a heated debate.

This debate is fueled by a key provision that, for purposes of voter registration, the National Identification Card be the sole means for demonstrating one’s eligibility.

Before I proceed on the issue of the proposed CI, I would like to state, for the sake of clarity, that I am a strong proponent of the government’s efforts to build a national identification system that is linked and interconnected with all the systems that citizens interact with daily.

Even though the designing and implementing process of such a comprehensive system has been fraught with complications, I still believe it is a noble idea, whose benefits in the long run will outweigh any costs and challenges currently being faced. Beyond my support, however, are some important issues for reflection.

As articulated by Dr Serebour Quaicoe, Director of Electoral Services Departmentof the commission, during television and radio interviews, the policy goal is simple — to further ensure the integrity of the voters’ register.

The goal is noble, and I accept the constitutional powers granted the Commission as the institution responsible for compiling the voters’ register.

However, because voting is a fundamental right, it behoves the Commission to ensure that there are no barriers in whatever system it puts in place to register voters to enable them to exercise this right.

Additionally, given that the march towards a fully functional integrated national identification system is not fully complete, I argue that an exceptions clause be added, where under reasonable circumstances, other methods of demonstrating one’s citizenship be accepted for voter registration purposes.

I know that it is the contention of the Commission that there is enough time between now and 2024 for every citizen to acquire their Ghana Card. However, in public administration, the need for exceptions under reasonable circumstances is permissible. This is because there are, sometimes, unintended consequences or unanticipated circumstances which should not be the reason why a voter should be denied their fundamental right.

Trust in the Electoral Commission

There are growing voices in opposition to this proposal from the Commission, which is not to say that there is no support for it either. However, the Commission is facing a huge trust deficit where Ghanaians are concerned. In the most recent round of the Afrobarometer survey (Round 9, 2022), only one out of ten (10%) Ghanaians said they trust the commission “a lot.” I focus on those saying “a lot” because it is the highest level of unwavering trust citizens can repose in an institution and to which I believe institutions must aspire. Should those who responded “somewhat” be added to those who responded “a lot” it would only come up to two out of ten (23%) responding as such. This is the same Commission that in Round 3, 2005 of the same survey, had five out of ten (50%) Ghanaians saying they trusted it “a lot.” Since this round, where the Commission enjoyed its highest trust levels, there has been, cumulatively, a total decline of forty percentage points (-40%) of respondents who say they trust the Commission “a lot”, such levels of trust, I believe, make the dialogue with stakeholders very difficult because no matter how noble the intentions, it continues to be marred by these negative perceptions.

The role of partisans

In the final analysis

I hope as it continues to engage all stakeholders and as the constitutional instruments make their way through the legislative process, that the Commission will become amenable to some of the suggestions it receives. In the end, its actions or inactions should, instead, restore trust and confidence, not erode it.