Black Stars: Beyond a soccer team of a nation 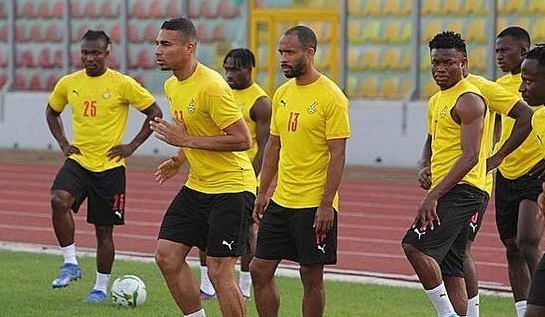 Black Stars: Beyond a soccer team of a nation
30.5k Shares

Qatar 2022 has been the best organised World Cup tournament by FIFA so far. Fortunately, Ghana was ably represented by its national soccer team, the Black Stars. This is not the first time the Black Stars of Ghana has had the opportunity to play in a World Cup.

They were in Germany in 2006, South Africa in 2010 and Brazil in 2016. Our engagements in these tournaments come with just one objective: national honour, the ability to prove that the Black person is capable. Yes he can.

The name Blackstar is a concept that was derived from the ambitions and desire of Black people to prove their competencies and excellence.

This was after centuries of suffering from subjugation and colonisation caused by people of different races which conspired to suppress these abilities that are so natural to Black people. There is no area suitable for the intention of displaying that ambition than a national sports team.

As the first Black African country to throw out the yoke of subjugation and colonisation, our national soccer team became fit to bear the name Black Stars to carry out the inspiration echoed by the black star symbol in the middle of the red, gold, green flag of Ghana. From primary school to whatever level, we were taught that the black star in our flag symbolised the hope of Africa and Blacks everywhere.

The hope is to shine and move higher and higher like a star. Ghana has played its part in the realisation of that hope and continues to play its part still in this regard.

In sports, it is the Black Stars. It is still the hope that they bring home a World Cup one day. It is, therefore, understandable when Ghanaians feel so disappointed anytime they exit from a World Cup tournament at the earliest stage like what happened in Qatar recently.

Whether the Black Stars have won a World Cup or not, the agenda to make Black people shine through sports, especially football, is very well on course and has achieved tremendous success beyond Black Stars winning a World Cup.

It is actually an undisputable fact that most countries that have won the World Cup and others that are rated high in football circles have majority of their players being Blacks.

The recent World Cup in Qatar gives a great endorsement to this fact. In this regard also, Ghana plays a role in making sure that it contributes its part to these Blacks shining globally within the circles of football. At least, a significant number of players of Ghanaian origin have been confirmed to be part of teams of non-African countries playing in the World Cup in Qatar.

The writer is with the Institute of Current Affairs and Diplomacy (ICAD). E-mail:Lawmat2014gmail.com