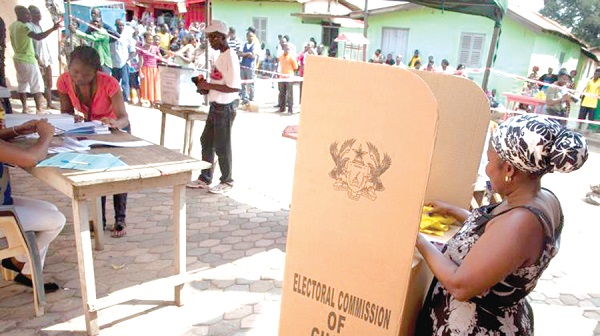 Some citizens going through the voting process with others waiting for their turn
30.5k Shares

The late Prof. Kwame Gyekye once said this about democracy: “I think it means, equally importantly, that democracy is a government whose form of practice derives in its entirety from the historical and cultural experiences of a people and is in conformity with their vision of how they want to be governed or govern themselves; a system of government born of the hopes and aspirations of a people and in the shaping of which the people have a real say and commitment to; a political structure to which the people, in consequence, have intellectual, ideological, and emotional attachments; a system of government that is considered by the people as their own and which they are ever prepared to protect and defend to the hilt”.

Notice the number of references to “people” in Prof. Gyekye’s definition of democracy. It drives home the point that democracies do not sustain themselves but require active and engaged citizens. Civic habits such as voting, showing interest in the affairs of the state, discussing politics, etc. help sustain democracies.

A vibrant civic culture enables citizens to stay informed, as well as find ways to communicate with their elected and non-elected public officers. It also enables public officeholders to be responsive to the needs of citizens and ensures accountability.

Ghanaians exhibit positive civic habits as captured through the Afrobarometer survey. When asked over nine rounds of the survey whether they voted in the most recent election, about seven out of ten (69 per cent) Ghanaians indicated that they do participate in the electoral process.

Regarding their interest in public affairs, overall, about six out of ten (64 per cent) described themselves as being somewhat/ very interested in public affairs although at the last iteration of this question in 2014, there was a significant (14 percentage points) decline.

Lastly, when asked how often they discuss politics, over nine rounds of the survey, seven out of ten (66 per cent) citizens said that they occasionally or often discussed politics.

On the 30th anniversary of constitutional democracy in Ghana, the Chairperson of the National Commission for Civic Education had this to say concerning the citizens’ approach to effective democracy: “An indolent, disengaged citizenry cannot sustain a democracy. It is only in dictatorships that citizens are expected and indeed even encouraged to be passive. To maintain a successful democracy, all citizens must be fully engaged at all times”.

It is, therefore, not enough for the state to call on citizens to be active. It is also not sufficient for the state to say that the Constitution has offered everything needed to be an active citizen.

A good friend once asked me, “Are you saying that people feel victimised when they speak up?” to which I responded, “The state, its agents, its supporters should not make speaking up costly, through things such as victimisation when citizens become active and engaged.

I think we have seen several examples over the course of the 4th Republic, the high cost of active and engaged citizenship but we really do not talk about that aspect whenever we urge citizens to engage and be active”.