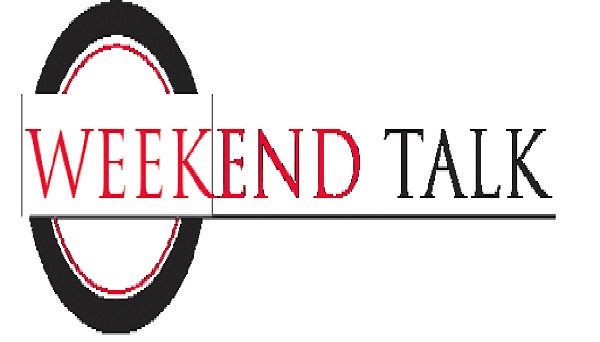 A business tycoon invites you to a meeting and says, “I would like to offer you a business opportunity that you cannot resist.”

Of course, who doesn’t like a juicy business opportunity? So, you nod your approval and wait for the details.

“I represent Boeing, the best aircraft manufacturing company in the world,” the businessman reveals, “and we want to sell aircrafts to your country.”

You smile in your head, for this sounds like big business, and you are eager to know how it involves you.

“You will be our linkman to those in authority who will approve our business proposal and proforma invoice, and you will have your generous cut.”

The business magnate places on the table a bag containing a huge amount of money to grease your palm and the palms of the big men in authority.

Now, will you take the inducement money or not?

You are dangerously tempted, and how you respond depends largely on who you are—the level of your integrity, patriotism, and your fear of God.

It also depends on whether you fear disgrace, for a hidden camera could be filming your conversation and actions, which will later go viral on social media for the world to see how corrupt you are!

Just before the Christmas break, a friend told me he met a young smashing lady in a corporate office where he went to see someone. His friendly and kind gesture towards the lady became a grievous trap.

A phone call from the lady that evening shocked him. Without a shred of embarrassment, the lady bluntly invited him for a night of amorous encounter in a hotel where she was lodging.

My friend showed me the text message, which was unbelievably explicit, complete with the outdated four-letter word in it. I was shocked.

How my friend reacted to this fleshly invitation depended largely on who I know him to be, his integrity, fear of God, and the sharpness of his conscience.

It also depended on my friend’s dread of a possible disgrace. Could a hidden camera in the hotel, pointed to the bed to film their canal engagements, be used as a blackmail to impoverish him, and later be released to the media?

By refusing the invitation, my friend fled like Joseph in the grip of Potiphar’s wife. That escape temporarily led to Joseph’s imprisonment, but it eventually earned him the enviable position of Egypt’s most influential prime minister whose godly wisdom blessed the world.

If you were King David who saw a woman’s nakedness from a rooftop, would you flee like Joseph did? Or would you go for her like David did?

Or would you stop and feast your eyes on the scene like many people do on their mobile phones at certain YouTube sites when no one is watching you? Again, it depends on who you are.

In the Garden of Eden, these three weaknesses got exposed in Eve when the serpent tempted her to disobey God in respect of the forbidden fruit.

“When the woman saw that the fruit of the tree was good for food (lust of the flesh) and pleasing to the eye (lust of the eyes), and also desirable for gaining wisdom (pride of life), she took some and ate it” (Genesis 3:6).

Therefore, one way to fight temptation is to check our lust of the flesh, lust of the eyes, and pride of life.

When Cain was tempted to entice his brother Abel to the field to kill him, God described his evil intention as sin squatting at his door desiring to control him (Genesis 4:7).

Every time we are tempted to do wrong, the danger we face is the devil waiting by to activate a series of misfortunes to plague us.

As God, by confronting Cain, urged him to rule over the temptation he faced, so the Lord urges us to say no to the temptations we face.

We are all vulnerable to temptation. That is why the Scripture states that God never tempts anybody. He may test us to establish our loyalty and commitment to him—such as when he tested Abraham by asking him to sacrifice his son Isaac.

But when the scenario is a temptation, the motive is to disgrace us, expose us to danger, and cause our downfall.

Again, how we respond to temptation depends on who we are, how strongly we desire what is tempting us, our reverence for God, and how we value our integrity.

When we return to this topic next week, we will explore additional nature of temptation and why the Lord Jesus taught us to pray, “Lead us not into temptation but deliver us from evil.”