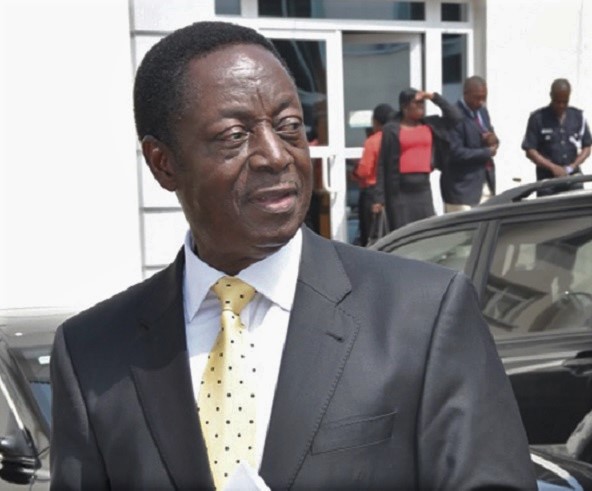 All political parties in Ghana, even those without hope, dread the turbulence that precedes parliamentary and presidential primaries.

The National Democratic Congress (NDC) turbulence is underway as presidential hopefuls begin to lace their boots.

Three announcements, so far: John Mahama (last weekend in the Volta Region), Kojo Bonsu through the media and Dr Kwabena Duffour at one-on-one meetings with delegates plus one major media salvo.

Nothing extraordinary; after all, turbulence happens to all.

With the NDC, however, two extraordinary things are about to happen. One, its twice defeated presidential candidate, JDM, may, for the first time since the death of Atta Mills, be going into a flag bearer race in which he may not be the favourite.

Two, if the party plays its cards well, it could, for once since 1992, be giving the New Patriotic Party (NPP) a run for its money in the latter’s Ashanti stronghold.

The caveat is that the party must field an Ashanti flag bearer.

Mr Bonsu and Dr Duffour are both Ashanti, the largest contributor to rival NPP’s electoral victories since 1996.

Kojo has promised to use his popularity as ex-Kumasi Mayor to win additional 10 per cent from the region.

Towards the party’s primaries next year, opposition to JDM is multiplying, so much that insiders say even if he wins, the margins may not be such that he can thrust out his chest.

In this anti-JDM internal opposition, big names are popping up.

One of them, James Agbey, a Volta indigene, is leading the campaign for “Ashanti-for-NDC-2024”. As leader of NDC’s Action Movement, he has weight.

It is claimed that he masterminded Kofi Adams’ victory over then almighty Yaw Boateng Gyan in the 2014 primaries and campaigned to clinch victory for Zenator Rawlings in her first attempt in 2016. Twice, in 2015 and 2020, he was the Director of Operations of the party in Greater Accra.

This man has now declared for Duffour. Not only that, he’s determined to spend the rest of 2021 and all of 2022 directing operations to get Duffour elected.
When I caught up with him in Accra this week, I asked: Why not JDM?

His first answer shook me. “Every President swears on either the Bible or the Koran and, later, with the soul of the nation, the Akofena (state sword). In Ghanaian history, nobody has done this more than twice.”

Turning to me, he demanded, “How many times has John Mahama sworn with the Bible and the sword?”

I sat aghast. My mind was in a whirl. Are we introducing metaphysics into politics? He responds, “This is not metaphysics; it is nature’s reality.”

Team Duffour is convinced that “having held the Bible and the sword twice, there can be no third time for Mahama.”

Then why not a Voltarian? Agbey explains that “Volta Region has had its turn in Rawlings, so 2024 is not the turn of Volta.”

His third, and topmost reason why Duffour will win is that “Duffour is Ashanti and NDC needs a winnable Ashanti candidate for 2024.”

In reference to Kojo Bonsu’s vow to garner 10 per cent more Ashanti votes for the party, he declared: “What is 10 per cent! Duffour is going beyond that. He will split Ashanti with the NPP. We are targeting no less than 42 per cent for NDC. The advantage Duffour has with Ashanti delegates is that even when he was not interested in being a flag bearer, he contributed immensely to the Ashanti campaign in Election 2020.”

Fourthly, he said, “Allegiances are shifting in the NDC. Many people feel it is time JDM took a rest. He has done his bit.”

For a fifth reason why Duffour must be the NDC flag bearer in 2024, Agbey reeled off a tall list of achievements in government.

“As Finance Minister, under Prof Mills, Duffour showed Ghanaians the difference in economic planning,” he said.

I reminded him that many in the party would likely consider Duffour an outsider (ex-CPP). The stoutly built Agbey, however, insisted that “the NDC, as a ‘Congress’, is like the United States of America (USA). There may be the actual founders but the party has welcomed thousands so called outsiders into its fold, some of whom have held party executive positions and have become MPs, Ministers and even President.”

Kwabena Duffour, a Kumawu born, holds a Doctorate of Philosophy in International Finance. Among other places, he worked briefly as an economist at the IMF in Washington.

As Ghana’s Finance Minister, his performance attracted accolades. He was named as the best in Africa at an IMF/World Bank meeting in 1999.
Few years earlier, he had been voted one of the four best Central Bank Governors in the World.