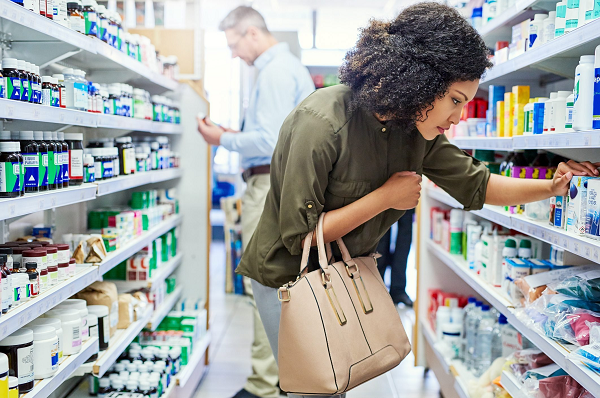 Ama Serwa is 42 years old. She lives in an uncompleted building at Sarpeiman near Amasaman in the Ga West Municipality of the Greater Accra Region with her three children, previously four. She lost one of her four children to malaria some three years ago.

Even though it’s been three years since Ama Serwaa lost her only son—Felix Agyapong, 9, she has not gotten over the shock and pain that came with Felix’s death—she is still mourning her son. According to her, anytime she sees Felix’s playmates, her mind goes back to her son. Felix died barely a week after developing complications from the disease.

As she recounts, few hours after Felix complaint of headaches, his body “became hot like a metal in furnace” and also became very weak. In her attempt to bring down the rising body temperature, she went to the nearby pharmacy to get some pain killers for him—paracetamol. But that could only subside the rising temperature and the aching headache for just a while, he continued to remain under the control of the disease.

Left with no money to take her son to the hospital for a better diagnosis and treatment, Ama Serwaa relied on her own herbal preparations for her son and that worsened his condition. Her husband, a mason, at the time had travelled for work and when contacted, he could not immediately send home money since their ‘foreman’ (head of project) had not paid them.

Four days later, she realised that her son was becoming too weak and by the time her husband sent money some money for their child to be taken to the hospital, his condition was getting out of hand. Felix, she narrates, died a few hours after he was admitted at a certain government hospital in Accra.

For Ama Serwaa, it was at the hospital that she was told her son had malaria. She says her inability to save her son from malaria still remains a daily reminder, particularly anytime she hears about malaria adverts on radio or television.

“Those adverts only bring back bad memories of how I lost my son,” she said with a tearing eyes, blinking them incessantly as she tried to hold back her tears. For her, malaria is an enemy to the poor families.

Since 2000, the world has made great strides against malaria, saving millions of lives. According to the World Health Organisation’s world malaria report 2020, 7.6 million malaria-related deaths have been averted since 2000.

This is a huge success resulting from concerted efforts by Governments, donors, and multilateral institutions such as the Speak Up Africa and the Global Fund partnership, which provides 56 per cent of all international financing for malaria, and has invested more than US$13.5 billion in malaria control programs since the year 2002.

Many experts have argued that even though malaria elimination is possible, self-medication remains one of the stumbling blocks to elimination efforts. This is because late reporting of cases at health facilities for proper diagnostics and treatment contribute or could lead to death in many instances.

Given the easy accessibility and availability of over the counter drugs services coupled with poor access to health care services in Ghana, the practice of self-medication is quite common, particularly regarding malaria treatment.

Some health journals define self-medication as treating an illness or any other common health problems without consulting a doctor or medical supervision.

A medical sociologist and research fellow at the Kintampo Health Research Centre (KHRC), Samuel Afari-Asiedu, in an interview expressed concern that the inappropriate use of medications—self-medication could lead to antimicrobial resistance—when bacteria, viruses, fungi and parasites change characteristics (mutate) over time and no longer respond to medicines, making infections harder to treat and increasing the risk of disease spread, severe illness and death.

He said, for instance that, a study conducted by the KHRC in the Kintampo North and South Districts in 2016 found out that about 86 per cent of the population were engaged in inappropriate use of antibiotics.

For him, antimicrobial resistance was one of the top 10 threats to global public health and added that the menace was increasingly becoming a big challenge in low and middle-income countries due to easy accessibility to antibiotics and other drugs at the community level.

Francis Sarpong (not real name) is a dispensing officer at a pharmacy shop in Accra and he shares his experience on how people randomly walk into his shop to buy malaria drugs without prescription from any medical officer.

"People usually walk in here to buy malaria drugs without prescriptions. And in fact, there are times some just come to ask us which drugs are good for malaria treatment,” he said.

He added, "But you see, you just can't start taking malaria medication without knowing your status, so I often advise them to take malaria test before commencing treatment.”

A Clinical Pharmacologist and a part-time Lecturer at the Faculty of Pharmacy and Pharmaceutical Studies at the Kwame Nkrumah University of Science and Technology (KNUST), Dr Richmond Amo, describes malaria self-medication as a “dangerous practice” which could potentially lead to death.

For him, because malaria is a common disease in Ghana, people do not see it as a dangerous disease that could result in major clinical complications.

He pointed out that anti-malaria drugs are not just administered to people on the basis that they have malaria but other clinical issues specific to the patient are considered before deciding on a particular type of anti-malarial drug to be given.

“We have different categories of patients with different physiological states” and so the patient’s clinical history is taken to enable medical officers to prescribe the right medications and treatment, Dr Amo explained.

He further explained that administering wrong anti-malaria drugs to a patient without properly identifying their clinical history could lead to other compilations and in worse situations, death.

He has, therefore, advised the public to desist from self-medication, particularly with malaria treatment and instead go to the hospital when they suspect they have malaria so that they can be tested and right medication prescribed.

The Programmes Manager of the National Malaria Control Programme (NMCP), Dr Keziah Malm, is of the view that if people do not stop self-medication, gains made in eliminating malaria in Ghana could be affected.

Mrs Magaret Ohene-Bempong, who runs an NGO that focuses on health has been sensitising people in Ghana’s rural communities on malaria. She has expressed the concern that despite declines in malaria cases and deaths in recent years, many lives were still lost to the disease each year, partly due to self-medication which delay people to report cases early at health facilities.

“It is important we recognise the need to invest in all aspects of malaria prevention, control, treatment and in research in order to win the war against the disease and its devastating effects,” She noted, in an interview.

“We have the opportunity to accelerate progress towards elimination in all countries by improving the delivery of existing interventions, as well as developing new tools and strategies that target not just malaria-transmitting mosquitoes but also the parasite itself,” Mrs Ohene-Bempong observed.

For her, investing in scientific approaches will help to eliminate malaria, saying “Since emerging resistance to insecticides and drugs is the most important biologic threat to the goal of eradication, it is also critical to invest in the development of new tools and strategies to prevent or delay resistance.”

The Executive Director for Hope for Future Generations Ghana, Mrs Cecilia Senoo, in an article said the fight against malaria must remain a priority.

For her, “It is time for rigorous efforts to protect everyone who is at risk of malaria and to guard the tremendous strides made in fighting the disease. This calls for high impact investments in education, prevention, diagnosis and treatment, including research and development and building stronger health systems.”

“Community engagement, robust partnerships with private sector, foundations, academia, Government, civil society, for joint planning, execution, transparency and accountability will play an important role in malaria elimination,” she noted, pointing out that “Despite the unprecedented challenges presented by COVID-19, malaria elimination remains a viable goal that will contribute to achieving universal healthcare coverage so that everybody has access to efficient, effective and affordable healthcare wherever they are and whenever they need it”

Mrs Senoo said believes that “Malaria elimination is possible” and that “Zero malaria is within reach.”

She also expressed the concern that “Social and gender norms that present barriers to accessing healthcare especially among poor and vulnerable women and girls who are often primary caregivers should be addressed. These actions to beat malaria must strongly engage communities and the youth.”

Health and Gender Advocate, Josephine Oppong-Yeboah, thinks that considering the risky nature of malaria, everyone who has a voice to influence people must join the national and international efforts such as the "Zero Malaria Starts with Me" campaign to fight the disease.

She is of the view that everyone’s contribution will help to eliminate malaria in Ghana, adding that all individuals who have voices must join the campaign to help increase awareness on malaria in the country.

For her, malaria deaths statistics should make everyone restless, saying “This is because these are needless deaths because we can prevent malaria; malaria is entirely preventable and treatable.”