She was one of the chronic culprits of open defecation in her neighbourhood.

When nature called, she responded by emptying her bowels into a black polythene and dropping it in the nearby gutter.

The 59-year-old Mercy Adom, a resident of Domeabra, a community in the La Nkwantanan-Madina Municipal Assembly (LANMA), was pushed into that habit by poverty and lack of access to toilet facilities.

Until she got her own household toilet through the Greater Accra Metropolitan Area Water and Sanitation Project (GAMA-SWP), she added to the list of thousands of people who defecated in gutters, open spaces and along the beaches in the Greater Accra Region.

When I visited her recently, she could not hold back her joy about the impact the GAMA-SWP had made on her life.

"When the GAMA project team came to my neighbourhood, I had no money to pay outright for the toilet, but they assured me that I could pay in bits until I finished paying.

I made the first payment of GH¢300 and continued paying in instalments until I finished paying the GH¢1,100.

Now, I do not engage in open defecation again," she said.

Ms Hadiza Mohammed also recounted how she and 15 others gave up open defecation after they had access to the GAMA toilets.

Such was also the case with Yahya Umar, a 54-year-old resident of the Domeabra community, who got a toilet using the mobile money payment platform.

The GAMA-SWP is a US$150-million World Bank grant initiative which started in August, 2014 to support the government's efforts to increase access to improved sanitation and water supply in the GAMA, with emphasis on low-income communities and to strengthen management of environmental sanitation. 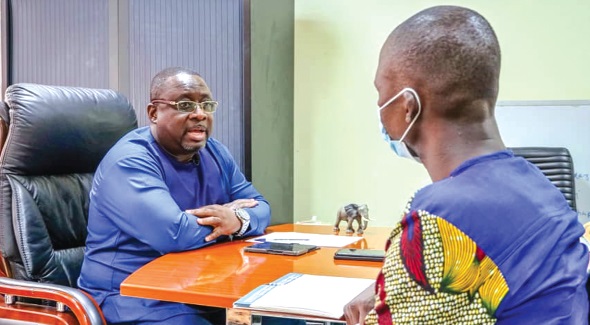 The project has four components. These are the provision of environmental sanitation and water supply services to priority low-income areas of the GAMA; improvement and expansion of the water distribution network in the GAMA; planning, improvement, and expansion of GAMA-wide environmental sanitation services; and the institutional strengthening of municipal, metropolitan and national institutions.

The target of the project was to construct 19,100 household toilets and extend water connections to 250,000 households in low-income  communities by May, 2020. 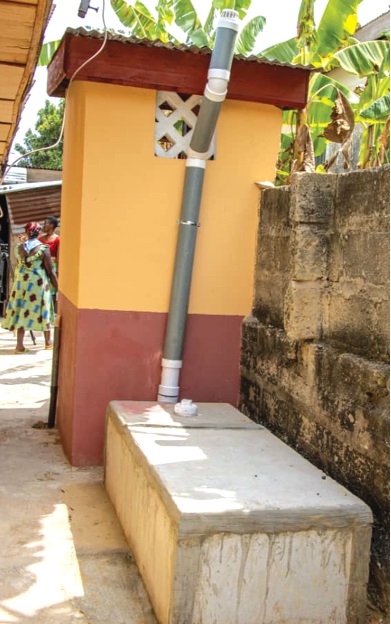 It is all excitement for Ernestina Banahene, a beneficiary of the GKMA.

Under the GAMA-SWP, residents of the metropolitan, municipal and district assemblies (MMDAs) within GAMA were given the opportunity to acquire a household toilet at 50 per cent subsidy.

Hence, with as low as GH¢1,100 the beneficiary got the full package of a toilet room, seat, hand wash basin, a biofil digester and a discharge unit (soak-away).

For those who already had their rooms, they got the other items at GH¢600.

The GAMA-SWP team rolled out a flexible payment system, making it possible for potential beneficiaries to pay for the toilets in instalments using mobile money platforms.

After seven years of implementation, the stories by Ms Adom, Bukari, Hadizah and Umar indicate that the project has impacted positively on their lives, as they have all given up open defecation.

Also, statistics provided by the GAMA-SWP Project Secretariat showed that at the close of the first phase of the project in December, 2020, a total of 28,541 household toilets were constructed, in excess of the 19,100 targeted.

For the improved water supply component, which was spearheaded by the Ghana Water Company Limited (GCWL), the records show that the project extended water connection to 10,400 households in low-income communities instead of the targeted 2,500 households.

Following the successful implementation of the GAMA-SWP in Accra, the World Bank gave additional funding of US$125 to extend the project to the Greater Kumasi Metropolitan Area (GKMA).

Although actual construction started in November, 2021, the GKMA has already recorded over 600 household toilets. 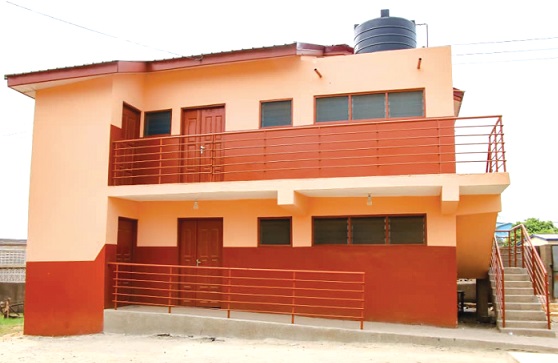 The GAMA project also constructed this sanitation and Water facility for a basic school at TMA.

Also, the statistics revealed that 57.4 per cent of users of household toilets used bio-digester toilet facilities which were promoted by GAMA-SWP.

Again, the figures showed that open defecation in the Greater Accra Region reduced from eleven per cent in 2015 to 6.2 per cent in 2021, while the national figure stood at 17 per cent.

The coordinator of the GAMA-SWP, Mr George Asiedu, said the reduction in open defecation in the Greater Accra Region from eleven per cent in 2015 to 6.2 per cent in 2021 provided ample evidence that the household toilets constructed by the GAMA Project had made the desired impact.

He added that the increased access to household toilets and water helped to improve on sanitation and contributed to zero cholera cases in the past seven years as against 2014 when more than 200 people died through cholera outbreak.

Again, the GAMA-SWP coordinator observed that the success story of the GAMA project in exceeding its target in both the water and household toilets contributed significantly to Ghana's ability to contain the COVID-19 pandemic.

"The GAMA-SWP also contributed significantly to Ghana's ability to contain the COVID-19 pandemic from escalating, especially in the Greater Accra Region, which was of COVID-19 infections. It was easy for the government to implement the free water policy because most parts of Accra had been connected to water. If there was no access to water, the free water policy would not have yielded results," he said.

He, however, said the GAMA-SWP had some challenges. One of such challenges was the poor maintenance culture by some schools that benefitted from the institutional toilets.

Just five years into the completion and operationalisation of the institutional toilets, some of those facilities already risked being closed down because of poor management.

That raised the issue of the sustainability of projects by beneficiaries.

Again, Mr Asiedu said it was worrying that some people had converted their bio-digester toilets designed for limited use to public toilet facilities.

It is evident from the success story of the GAMA-SWP that when more resources are committed into the construction of more household toilets and expansion on water coverage, Ghana would take a giant step towards achieving SDG 6, which seeks to “ensure availability and sustainable management of water and sanitation for all.”

With eight years to the 2030 deadline for achieving the SDGs, there is the need for vigorous expansion of the household toilets and water projects to other cities across the country.