An Embassy building, a court ruling and a Xavier 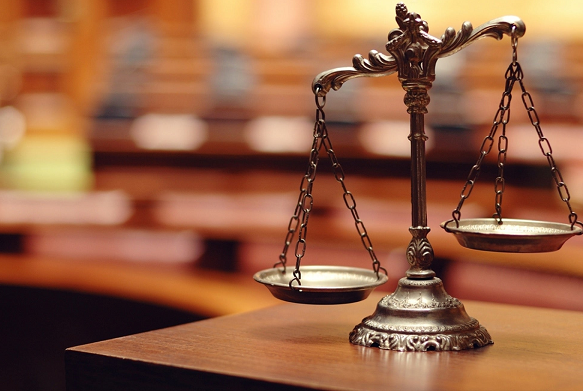 Article 22 of the Vienna Convention on Diplomatic Relations of 1961 confirms the inviolability of mission premises. It bars any right of entry even by law enforcement officers of the receiving State and imposes on the receiving State a special duty to protect the premises against intrusion etc.

Ghana’s once enviable status as a civilised nation hit an all-time low when it was reported this week that the Bulgarian embassy building in Accra has been pulled down by a private individual.

That is bad enough. What is terrible, indeed frightening in a democracy, is that the offender has not been dealt with since the deed was committed in 2017.

In the hands of the Embassy staff (at least, as evidenced by Okudzeto Ablakwa, Ranking Member on Foreign Affairs in Ghana’s Parliament), are valid documents confirming their right to the land.

Apparently having come to the end of human and diplomatic endurance, the Bulgarian embassy staff this week petitioned the Minority Caucus in Ghana’s Parliament.

Those who have been to the site confirm that where the embassy building used to stand, there is now a humongous structure ostensibly intended for commercial use.

On air (Citi FM) this week, it was alleged that Foreign Ministry officials were despatched to the site with a Stop Work order, which was pasted on the walls and the workers ordered to leave.

Hours later, says Okudzeto Ablakwa, the “Stop Work” order was ripped off and the workers are back to site.

Are we watching a Nigerian movie? This cannot be Ghana.

I am frantically calling on President Nana Addo Dankwa Akufo-Addo to step in to save his good name.

If he fails, the inevitable cannot be stopped: there will be suspicions that the offender has connections to the President.

Who is this individual who can so set himself up against state laws and diplomacy, with such a display of brazen disregard for the law and public opprobrium?

And now some local politics.

I don’t know what you thought of Speaker Alban Bagbin’s use of the word, “myopic” to describe the President’s comment on the Supreme Court ruling on the voting rights of Deputy Speakers’ presiding.

For someone who is a stickler for perking order and easily feels insulted by “subordinates” who disagree with him, his language of dissent is unguarded.

The Supreme Court has ruled that a Deputy Speaker, while presiding over proceedings in Parliament, has the right to vote on matters and be counted as part of the quorum for decision-making in the House.

The debates have been robust since then, and indeed, that is the way to go; after all, Supreme Court judges are not infallible, nor are their judgements sacrosanct.

My worry, however, is the choice of words by some members of the legislature, not least Haruna Iddrisu, the Minority Leader, and Francis-Xavier Sosu, lawyer and Member of Parliament?

Hear Sosu as he drops a warning to judges. “What it means is that when you become partisan as a judge, remember that your tenure of office as a judge will run with the political party that you favour."

In my few years on earth, I have never heard uttered, words as dangerous and harmful to democracy in Ghana as these.

Sosu has a right to exercise dissent, but he does not know it all. Did he, for instance, read the opinion of the Ghana Bar Association (GBA) on the matter? The Bar has pointed out that the tenure of judges per the Constitution, “is never in any way whatsoever tied to the tenure of the political regime under which judges are appointed.”

I am not saying the Bar Association opinion is necessarily the right one. What I am pointing out is that everybody has the right to dissent, but can we not disagree without our anger offending the law and bastardising state institutions?

Was Sosu in Ghana when the National Democratic Congress (NDC) won the Supreme Court Election Petition filed by Akufo-Addo?

Who determines partisanship? Are all our Supreme Court judges card holding members of the New Patriotic Party (NPP)?

Perhaps the time has come for us to decide that all political cases should, with immediate effect, be decided by foreign courts. Absurd?

Supreme Court verdicts are not sacrosanct, as lawyers tell us. Ghana has seen evidence of corruption by the Bench, yes; but must Ghana burn just because the conduct of a few are found morally indefensible?