Brutally honest in my face 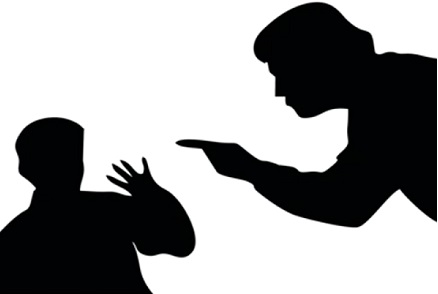 Illustration silhouette: Saying it to the face
30.5k Shares

One of my favourite English words is candour, or candor, if you are using the American spelling of English. The dictionary defines the word as “the quality of being honest and telling the truth, even when the truth may be unpleasant or embarrassing”.

Two incidents come to mind and they go back to the young Elizabeth Ohene in her Daily Graphic days.

I told a department head that I had no time for him because he was a weathercock. It wasn’t an insult; I wasn’t saying something that was untrue. This man’s opinion changed on every subject depending on who he was talking to.

When I told him he was a weathercock, he was visibly rattled and then he said quietly: “Oh, even if you think I am a weathercock, should you say it to my face?”

In other words, he was not contesting being a weathercock, he didn’t even seem to be surprised that I would call him a weathercock. What upset him was that I said it to his face.

It would have been perfectly okay if I had told everybody behind his back that I felt this man was a weathercock. That would apparently be tolerable, but to tell him to his face was beyond the pale.

The second incident involved a man who came to the Graphic to tell us about a miracle cure he had invented, which was going to cure every known disease and those yet to be discovered. He wanted this “story” to be published on the front page and he had kindly brought along a beautiful photo of himself.

When the man found he wasn’t making much headway with the people in the newsroom, he asked to see the editor and was brought to see me. I asked the Features Editor to sit in the meeting in my office.

After listening to the man for a while, I told him he was a fraud. I didn’t exactly expect him to burst out in jubilation but I was still surprised by his reaction. “How can you call me a fraud to my face?”, he screamed. Some ten minutes later, when he was being led out of my office, he was still muttering: “to my face, to my face, to my face”.

I am on the subject of candour really because I read a recent blog by Jack Limpert, editor of the Washingtonian, which he titled:

The beautiful clarity of true candor. He being American, you would pardon his spelling of the word. In the blog, he dealt with the problem of leaders and managers not being able to give honest and clear feedback in the workplace.

Jack Limpert says he became obsessed with the concept of candour when he worked at the Washington Post, the famous newspaper.

It always troubled him, he said, that those in charge at the newspaper would move struggling reporters to less prominent beats, without telling them straight about their shortcomings.

It occurred to me that this was a phenomenon that was practised in every work establishment. Rather than tell people straight that they are coming up short, they are sent to some other department when they are not coping in the cutting edge areas of the organisation.

Someone is obviously struggling in one department; the managers notice he is struggling and he is called and told he is being transferred; nobody says anything about what he is not doing right where he is.

Every workplace has a department where struggling people are sent. I recall that in news establishments, the library used to be the favourite place to send people who are struggling.

You are sent to a few press conferences and your reports don’t measure up to expectation. Instead of being told what you are doing wrong, you are given a letter transferring you to the library or the sub-editors desk.

The letter is couched in language that suggests the department you are being sent to is about to collapse unless you go there to rescue it. No one tells you that you have come up short where you are currently, and you are being sent some place to rot slowly.

The hardest thing for many leaders and managers to master is giving clear, direct and sometimes very hard feedback to others.

And yet, to borrow Jack Limpert’s words, candour, when it is employed correctly, is a time-saving, culture-strengthening, clarifying gift.

It gives the recipient total, unvarnished visibility instead of false praise or ambiguity and if done deftly, the recipient will be forever grateful.

It is surely more humane to be honest about people’s weaknesses so they have a fair chance to work at changing.

I have no doubt that many institutions fail to flourish precisely because instead of being brutally honest and spelling out the weaknesses, people are transferred or sent to the library.

These days, with a smartphone in everybody’s hands, libraries in news organisations might not be as important as they used to be, but it is quite likely we all pay a high price for libraries, having been used as dumping grounds.

If there is any part of an institution that can be used as a dumping ground for those who are not up to scratch, that part is best excised. It is better for all concerned to be told the brutal truth that you are not good at design and indeed, it might be better to be out in the tough wild world and try something else rather than be sent to the library.

I know that in our culture, there is an artform of speaking in parables and using proverbs to say difficult things, but I believe it does not serve us well in the modern workplace.

So, maybe we should try being clear and direct, being honest in words and tone, confronting difficult topics, saying what we mean and meaning what we say. And above all, we should try saying the unvarnished truth to someone’s face respectfully but bluntly.

I am not sure if I can recommend calling someone a fraud to his face, but just think of all the charlatans that currently clog the airwaves and our lives. If only someone had had the courage right at the start to tell them to their faces they were frauds, we would all have been saved so much aggravation.

Just think of the years you are spending at a job you don’t really like and if truth be told, you are not really good at.

If only someone had been brave enough to have a brutally honest conversation with you right at the start, you might have become a great chef rather than a middling clerk in a bank.

Jack Limpert says we should think of candour as a disinfectant for all the game-playing, difficult-decision-avoiding nonsense most of us hate at work — and in life. I am recommending candour.