Lumba and I are on good terms - Nana Acheampong 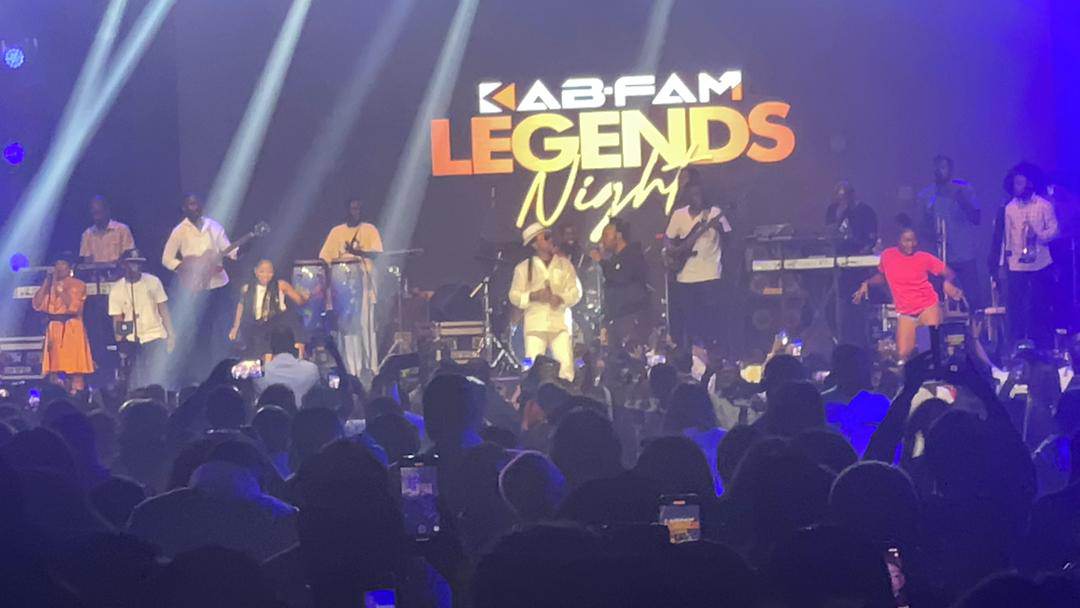 Daddy Lumba joined Nana Acheampong on stage to perform the hit track, Yee Ye Aka Akwantuom to the admiration of guests
30.5k Shares

Contrary to a long-held perception even though it has been debunked a number of times, that the Lumba Brothers made up of Nana Acheampong and Charles K. Fosu (Daddy Lumba) were not on good terms leading to their breakup, highlife musician Nana Acheampong has once again reiterated that there was no bad blood between them.

He said this at the second edition of Kabfam Legends Night which took place at the Grand Arena of the Accra International Conference Centre ( AICC) on Sunday (January 1, 2022).

Nana Acheampong explained that Lumba Brothers separated on mutual grounds and not because they had unresolved issues.

“I don’t know why people think the Lumba Brothers have issues, Lumba is a good friend of mine. I have 30 albums and he has more than 30 albums, so tell us which other musician is entertaining Ghanaians more than us."

"We have been able to entertain our fans all these years and that is what makes us unique,” Nana Acheampong made the comments after delivering an electrifying performance Sunday night.

Daddy Lumba later joined Nana Acheampong on stage to perform the hit track, "Yee Ye Aka Akwantuom" to the admiration of guests.

During the performance, the Yentie Obiaa hitmaker commended his long time friend and partner for his immense contribution to the success of his career.

“When I went to Germany, I was doing gospel until I found Nana Acheampong who introduced me to highlife.

"He has played a major role in my music career and I owe him a lot,” he said.

The patrons rather looked fulfilled after the show with back to back performances of their favourite highlife songs.

The evening was spiced up with good comedy presentation from Lekzy Decomic who split the ribs of patrons with his jokes.