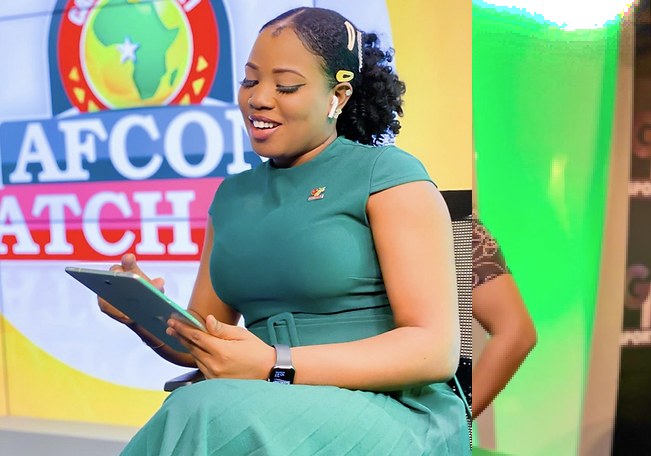 Alexis has built her confidence and she looks to reach higher heights with her profession
30.5k Shares

When Alexis Laura Daniels set out to be a TV presenter, it never crossed her mind she would be one of the finest in sports and entertainment presentations.

The GTV Sports Plus Morning Show host has risen to become one of the new sparks in global ‘Sportainment’ presentations in the country.

With fresh and exciting content, Alexis hosts the morning show programme at Studio 5 which airs at 7am-9 am from Monday to Friday on GTV Sports Plus, a full-time sports channel at Ghana Broadcasting Corporation (GBC).

To her, informing the general public about the happenings in the world of sports makes her fulfilled as a presenter.

“I am really enjoying every bit of it and I am still learning,” Alexis told the Daily Graphic. “There are a lot of things that I didn’t know when I started as a sports presenter but it has been a great journey for me.”


This, Alexis said, had built her confidence as she looks to reach higher heights in her profession.

“This job thrives on the content you produce and getting the chance to interview these personalities has really helped me.

“With my young career, it is a booster to get all these done within the early stages as a presenter and I believe it will push me to do more,” she said.

Journey as a presenter

Born Alexis Laura Ehiagwina on May 30, 1998, in Accra, she grew up at Dansoman where she attended St Paul’s Lutheran School to complete her basic education.

From there, she moved to the Seven Great Princes Senior High School and graduated in 2016. In 2020, Alexis graduated from the University of Ghana (UG), Legon where she studied Information Studies and Philosophy.

The 24-year-old got attracted to the media in the early 2000s during the time her mother worked at Vibe 91.9FM at the Trust Towers, Asylum Down in Accra. 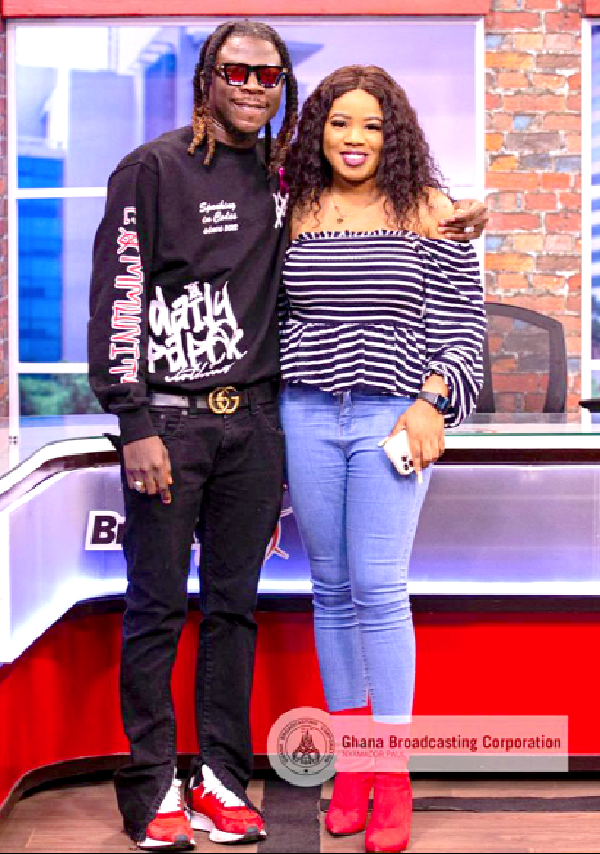 Alexis had access to phenomenal on-air personalities at a young age and that got her interested in radio and TV.

After completing high school in 2016, she hosted a campus youth show called Teen Crush before moving into radio at Live FM where she hosted an entertainment segment on Young Wild & Free a year later.

By 2019, then a Level 300 student at UG, Legon, she had amassed a huge following on social media which pushed her into making her television debut on the GTV Sports Plus Morning Show as a co-host.

Three years later, Alexis has grown a wider audience, thanks to her exciting self-produced segment on the show as well as her strong social media presence.

Currently, she holds a certificate in on-air presentation from GBC and has proved that presenting is more than a passion for her.

When asked about her targets for the future, Alexis said: “I want to be an asset in the sports presentation in the country and become an idol for many up and coming presenters in Ghana”.

Alexis is currently studying at the University of Ghana School of Law and hopes to become a Sports Lawyer in the near future.

Ahead of the upcoming World Cup, Alexis is looking at a fresh approach by using her social media platforms to provide exciting content and trends surrounding the tournament.

She indicated that taking an interest in fan zones and player profiles would help provide viewers with a lot of information and reactions during the World Cup season.

Alexis explained that it would be in the interest of Ghanaians to know much about the Black Stars when they land in Qatar to begin their campaign, a move she says offers her a lot of opportunities to be dynamic.

“The World Cup is going to be huge for me because it is my first time and I have to give a good account of myself.”

“It will call for a dynamic approach to cover this year’s tournament because of the emergence of social media and I am looking forward to it,” she added.