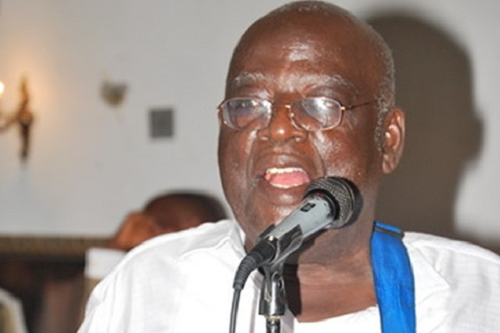 The late musician's son, Ato Mann confirmed the death in a radio interview with Accra based Citi FM Tuesday morning.

He explained CK Mann had been ill for some time and died at the GHAPOHA hospital in Takoradi at about 7am on Tuesday.

The family, he said was yet to make burial arrangement.

His music career spanned over four decades; he won multiple awards for his songs.

He was awarded the Grand Medal of Ghana by John Agyekum Kufour in 2006.

He worked briefly as a seaman before joining Moses Kweku Oppong's Kakaiku band.

After familiarizing himself with the Ghanaian music scene, he joined Ocean Strings and led the band until 1965.

When the band was disbanded, he joined a newly formed band in Takoradi, The Carousel 7.

He came to prominence in 1969 when he released his single "Edina Benya".

It was he who impressed on the band's owner, Anis Mubarak, to sign Paapa Yankson to the group.

His latest album, Wope Nyeho was produced by West Gold Music Studio in Takoradi and released in 2013.

In 2006, Mann was awarded the Grand Medal of Ghana during the 2006 National Honours and Awards Ceremony by President John Agyekum Kufour in recognition of his contribution to Ghanaian music.

He was among the first recipients of this award after the ceremony was revamped in 2006.

With old age and ill health, by 2015 Mann had not performed publicly in several years.

He lives at Anaji, a suburb of Takoradi.

The street on which his house is located has been renamed C. K. Mann Avenue.