S.Privacy to release 'Looking At You' single 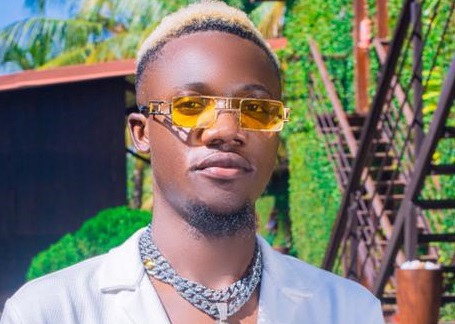 New Afrobeats artiste S.Privacy has indicated that he is working towards the release of his first single titled Looking At You on Monday, November 1.

The single, which is off his upcoming EP S.O.L (Symbol of Love) to be released soon, is also S.Privacy’s way of announcing his presence in the music space.

Looking At You, produced by Iceblank with mixing and mastering by LiquidBeatz also features up and coming artiste Stunna.

S.Privacy also stated that the song will drop with its accompanying video which was directed by Mista Morgan.

He disclosed that the release of the single will also kickstart some regional tours he will undertake to promote the project. The tour will span multiple cities across Ghana and will include shows in some selected cities.

S.Privacy, real name Solomon M. Wilson, is a Liberian-Ghanaian singer, songwriter and businessman. He graduated from St. Peter’s Senior High School in Nkwatia in the Eastern Region before leaving Ghana for further studies in China.

He is the CEO and founder of Minsh Music Group (MMG) record label. The Liberian label was established in March this year with the aim of bringing music lovers good music and also helping young artistes who are struggling to breakthrough.

S.Privacy indicated that he and his team are determined to put African music on the map.