'Felabration' at Virtual Hub was a big blast! 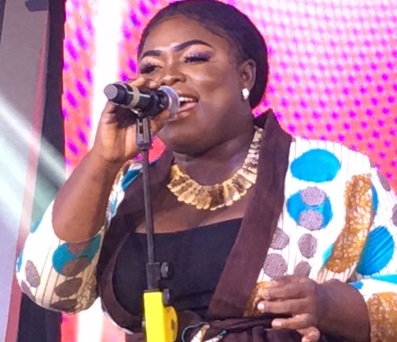 Felabration at the Virtual Hub in Accra was a two-part musical marathon that proved to be a fascinating experience of up-and-coming as well as established acts honouring the great Fela Anikulapo Kuti of Nigeria.

There is still strong worldwide interest in the music and persona of the late Afrobeat creator and the artistes on call at the show did right by rendering some of his hits and their own stuff, some of which were inspired by Fela’s vibrant, outspoken qualities.

Liberian-born pianist and singer, Nicky B, is little known in Ghana but he got the programme underway on the first day with his captivating style.

The Ananse Band has a big sound of their own and they solidly backed singer, Susan August. She has an enthralling voice and stage presence and definitely deserves wider recognition.

It is only those who have not seen the six-piece Fra Band live in action that would underestimate their unique ability to work up an audience. They played Fela’s Water No Get Enemy as well as three of their own compositions to demonstrate their energy and musicality.

The Wazumbians injected a lot of vim to kick off the second day of Felabration with their own material such as Corruption, Kwame Nkrumah, My Own, Yaaba and Aku Kwaku. They backed flutist Dela Botri when it was his turn to perform.

It seems Della Hayes and her Women of Colour Band cannot stop exuding the charm they are known for and they got several at the venue dancing to their songs.

Singer SSUE, now in the United States, did a virtual feature with the Ananse Band before guitarist Owura K came on with his reworked Alhaji K. Frimpong and Rex Gyamfi tracks and a tribute to Nana Ampadu.

Nana Ackah Biney, a former associate of Fela, did a song for the Nigerian genius which preceded Salti (former Paulette Broohm). She wowed all with new material from an upcoming EP, some of her already-released repertoire and a rendition of Fela’s Lady.

The Indigenous Vibes took their turn ahead of Kwamiena whose repertoire included Fela’s Zombie. He skillfully got the audience to stand at ease, quick march, do left and right turns, stand at attention and then fall out with him.

Pat Thomas and Gyedu Blay Ambolley closed the show with some of their vintage songs after each doing Fela’s Lady.

It was a captivating night of music and most of the audience felt it was a privilege to have been part of that rousing celebration of the great Fela Anikulapo Kuti organised by Scratch Studios and Virtual Hub.