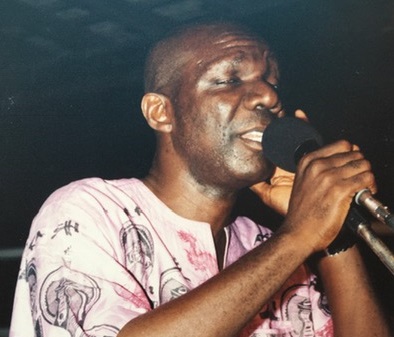 Founder, lead singer and leader of the Takashi Band Kojo Essah, passed away on October 6 in Accra. He was 67.

Takashi was formed in 1997 and Essah’s peculiar, melodious voice was one of the band’s signature qualities. The band initially played regularly at the former Balm Tavern, Bubuashie in Accra before relocating to La Palm Royal Beach Hotel where it still plays on weekends. Sometimes, it also features at the +233 Jazz Bar and Grill at North Ridge in Accra.

It has earned a name as a delightful live band and has livened up product launches, social activities for banks and other corporate institutions and is very much loved by the diplomatic community.

Takashi opened for Salif Keita and Richard Bona at different concerts in Accra. Essah described Takashi’s music as an African brew for universal consumption. To him, it was important to bring a distinctive African touch to songs, no matter where they came from.

The band also put out an album called Takashi Band: Raw Afriko in 2019. It was produced by Jonas Dowuona Hammond for the +233 Records label.

Apart from playing with Takashi, Essah also pursued solo projects. He recorded two albums Free Boy and The Higher Life Feeling with his guitarist friend, Kwesi Quayson. His Kojo Essah & Friends album on the +233 Records label is due for release later this year.

Essah was encouraged by some of his musician friends to offer himself for election as Musicians Union of Ghana (MUSIGA) president when Alhaji Sidiku Buari’s second term was about to end in 2007.

Essah declined to run for the post but said he preferred to contribute what he could to the smooth running of the union from the side lines. Apart from his involvement with music, Essah was a banking consultant.