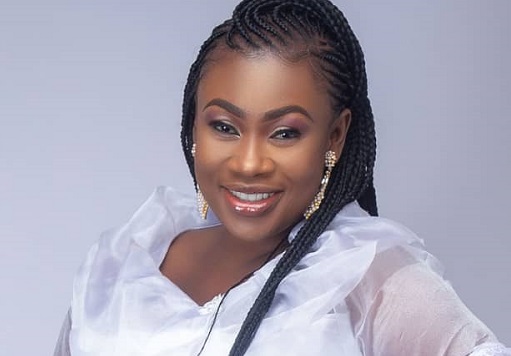 With 22 years in the music industry, Gospel artiste Philipa Baafi has seen her fair share of the changes that have taken place in the sector.

From the days of traditional Gospel music where artistes dressed conservatively and some people perceived them to be ‘villagers’, to contemporary Gospel in recent times, the Go High artiste has applauded players in the industry for changing the narrative.

One thing that Philipa takes a lot of pride in is the popularity of contemporary Gospel music which she said had erased the ‘villager’ tag associated with them.

“I’m very excited about the new face of the Gospel industry where we are given a lot of respect with regard to enlightenment. You know, back in the day, many people assumed that Gospel artistes, especially the females, were uneducated.

“Well, that could be true because in the olden days, girl-child education was not so important, so many female artistes joined the singing ministry at an early age. Today, the sector can boast of the likes of Diana Hamilton who is a nurse by profession, Bernice Offei, a banker, and Ohemaa Mercy who is a trained teacher, among others.

“The young ones such as Efe Grace and even the guys, including Akesse Brempong, Joe Mettle, MOG, among others are all university graduates and that impact is reflected in the new face of the Gospel industry which I’m so proud of,” she told Graphic Showbiz recently.

Philipa Baafi became very popular with her songs I Go Dance in 2004 and Go High in 2007. Go High was one of the songs adopted by the New Patriotic Party (NPP) for its 2008 election campaign.

Her other songs such as Nkwa, Dee Eba Wonsem Afe Yi and Me Gye Me Din enjoyed good patronage as well.

Back in the day, Philipa Baafi, who is a trained makeup artiste, was one of the Gospel artistes who while focusing on soul winning with her songs, also paid attention to her appearance, but she lost steam along the way after having children and gaining weight.

However, the artiste, who is promoting her song titled Hallelujah, has been back in shape, presenting a chic appearance since last year and she told Graphic Showbiz she was committed to staying trim.

“It was a conscious effort I made to reduce my weight because after childbirth, I gained a lot of weight and I didn’t want to maintain that. Besides, it’s not too healthy to be overweight so I had to shed it,” she stated.

She also indicated that she felt gratified doing Gospel music because of the lives it impacted. “My childhood dream was to be a doctor but I believe doing Gospel music serves a similar purpose since the testimonies I receive confirm that,” she explained.