It’s been a rough journey —Adina on career 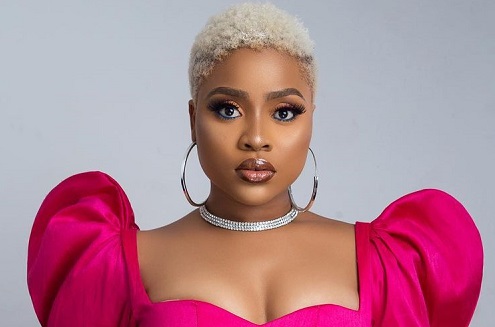 It has not been easy for singer Adina to get to where she is now, enjoying fame and winning awards all over the place.

In fact, what she expected when she won the Stars Of The Future talent show in 2008 was that it would give her a breakthrough in her music career, but that did not happen immediately.

Speaking with Graphic Showbiz, the award-winning artiste said she kept pushing and never gave up on her dream of becoming an established musician.

“Truth be told, it has been a rough journey in my music career, but through it all I never gave up. I got motivated by other female musicians who are doing so well and today I can pride myself as one of the best female musicians in Ghana,” she said.

According to Adina, “when you are focused and know what you want, you will surely smile in the future. I believed in myself and I knew what I had, I knew I was going to make it even though the journey has not been smooth. When you have the right management and you keep doing the right kind of music, you will succeed."

Since signing on to New African Movement (NAM) owned by radio personality Kwame Farkye, a few record labels have had some discussions to sign her, but Adina said she had to decline because they did not meet her standard.

“I have been with Kwame Farkye since 2012 and a lot has gone on under his NAM record. The next record label that wants to sign me should convince me enough to leave, which I don’t see happening soon. We have been through tough times and if things are fine today, I cannot just leave but remember the good things he has done for me,” she said.

Read also: Not under pressure to release hit songs - Akwaboah

Known for songs such as Too Late, Makoma, Why, Take Care of You, Killing Me Softly and On My Way, Adina has won several awards, including Album of the Year, Record of the Year and Best Reggae/Dancehall Song of the Year at this year’s Vodafone Ghana Music Awards (VGMA).