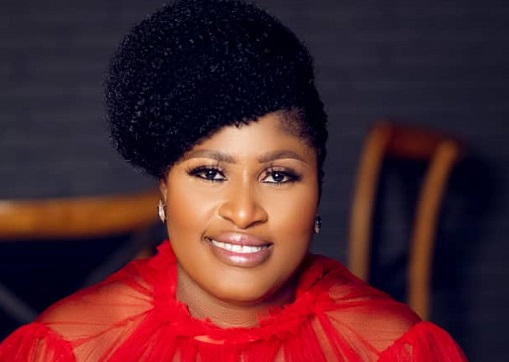 Talk about lack of unity and backbiting in the Gospel music fraternity has been ongoing for years, fueled by the artistes themselves, some of who have narrated horrible experiences at the hands of their counterparts.

While some members of the public see this as not being right, considering that Gospel musicians must show the loving nature of Christ, for one player in the industry, Patience Nyarko, the backbiting and hatred is normal.

In an interview with the Graphic Showbiz recently she said, “This is very common among Gospel musicians but I see it as normal because even in heaven, there was a misunderstanding among angels, how much more among we mere mortals?

“We Gospel musicians are expected to support one another just as secular musicians do but that is not the case. In my case, if I call you and you ignore me, I take it easy because I tell myself that such acts are normal. Even in heaven where there is God, there can be misunderstandings among angels so when it happens among we human beings, I see it as normal.

“I don’t see it as a big deal so people shouldn’t worry their heads over it. I don’t bother myself over things like that because like I have already mentioned, it is normal,” she stated.

Away from that, Patience Nyarko expressed her worry over the recent spike in suicides in the country, saying it shouldn’t be an option for anyone no matter what they may be going through.

“About five people have committed suicide in recent times so we need to talk to people and let them know that they are not the only ones with problems. If their state of mind tells them to kill themselves and they go ahead to do that, who will live on earth if we all commit suicide?

“People who have suicidal thoughts because they may be facing one problem or another should know they are not the only ones with problems. We all have problems but we don’t commit suicide, do we?

“As I stated earlier, we all have problems, some may be financial, while others may be health challenges. Even the rich have their own problems so who does not have a problem? I would like to advise people with suicidal thoughts to desist from such practices because it won’t help anyone.

Patience Nyarko urged her colleague celebrities to involve themselves in the campaign against suicide.

“We should all be involved because when we talk, they listen to us so let’s all get involved in the fight against suicide. All that glitters is not gold so people should not be deceived with luxurious things they see, especially on social media.”

She also called on men of God to intensify their prayers to stop this canker. “If there is a bad spirit running through our country, they should come together and pray against it because we need everyone alive in this country. No one should take his or her life, it is not an option,” she said.