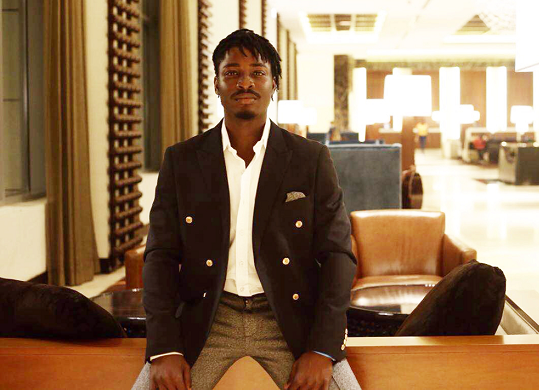 Although local filmmakers still have to grapple with challenges such as lack of funding and equipment, lack of a formidable film commission and an affordable film school to support the budding sector, independent filmmaker Joewackle Joachim Kusi none the less is telling stories, non-conventional stories in motion picture.

To him, filmmaking wasn’t exactly what he wanted to do growing up, he wanted to be a pilot and then he changed his mind in high school when he found a new passion in the field of law.

However, during his final year in high school, he used to write a lot of drama which earned him recognition and support from the English Department of his school, and that was where the passion for filmmaking was birthed.

Although he started with writing stage plays, Joewackle is of the opinion that Ghana’s theatre sector is not lucractive at the moment for him to focus his attention fulltime. “My actual strength is screenwriting. I am a screenwriter first before anything else. I think theatre still has a long way to go but since it is my first love, I hope to go back to it when things improve,” he said.

He recently had a show at the Alliance Francaise dubbed Conversations With Joewackle which saw an exhibition of al the different forms of  writing he does; namely, filmmaking, writing, short stories and poetry.

It was a blend of art as actress Kabuki Akiwumi read poetry, while blogger and designer Benewaa read a short story Joewackle co-wrote with Nigerian writer, Femi Tunray.

Television producer Owusua Dacosta read an article to the admiration of the crowd while King Kofi performed a great blend of comedy and spoken word and music was provided by Eli and the Walking Man Band.

Joewackle’s screenplays are unique in the sense that he seeks to entertain viewers but his stories are not always packed with morals where the bad guy is punished unlike what is usually depicted in movies produced in the country.

He is however very passionate about the subject of inequality in any form. He seeks to transform the Ghanaian film industry with his films and make an impact on the global market.

Joewackle has a number of films to his credit and his most recent work was on a new movie Happily Never After with Kobi Rana. He has also written for renowned producers in the movie industry such as Kafui Danku and Juliet Ibrahim.

His first film, 193 was screened at the Africa International Film Festival (AFRIFF) 2015, a world class showcase that presents a complete immersion into the world of filmmaking with participation from local and international filmmakers like Genevive Nnaji, Rita Dominic, Ramzey Nuoah, Oris Erhuero a British actor.

Joewackle was selected alongside nineteen filmmakers for a scholarship programme at the Montana State University at the end of the festival.  At this year’s Africa International Film Festival which comes off from Sunday, November 13 to 20, his film, Hi, I am High, will be screened together with other films from filmmakers from all over the world.

There is more to come from the graduate of the Ghana Institute of Journalism as he looks forward to collaborating with other young filmmakers to bring about a renaissance in Ghanaian film industry.