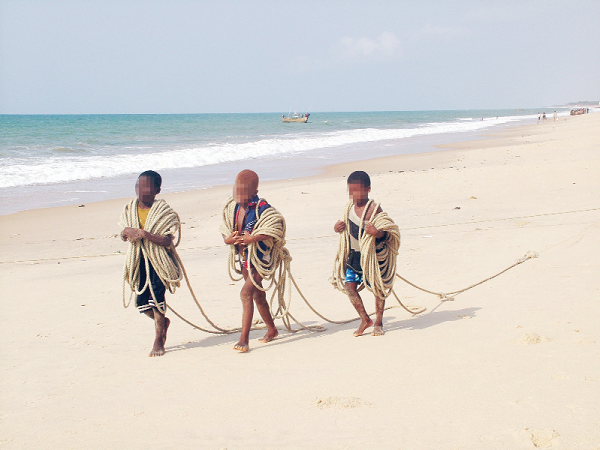 In many parts of the world, especially in developing countries, there are harrowing stories of children used as labourers, abused physically, emotionally and sexually. Others are also immersed in armed conflict, living on the streets, and suffering due to differences; be it religion, minority issues, or disabilities. For instance, current global statistics show that there are about 153 million children between the ages of five and 14 who are forced into child labour.

With all these challenges facing our children, on the occasion of World Children’s Day, which falls today, there is the need to create an enhanced public awareness to ensure the proper upbringing of our children to enable them to play a more responsible role in future. We trust the day must also be used to help promote awareness among children, togetherness and improve children’s welfare.

Today, many countries, all over the world, are celebrating the day but in Ghana, activities to commemorate the event was organised in Accra yesterday.

The United Nation’s theme: “Investing in our future means investing in our children” is apt. UNICEF, which also celebrates the day annually, is marking the day on the theme: “A day for children, about children, by children” and is calling on the world to help children to recover from interruptions and learning losses experienced through the COVID-19 pandemic in the last two years saying “this World Children’s Day, it is more important than ever that the world listens to their ideas and demands”.

On November 20, 1959, the UN General Assembly adopted the Declaration of the Rights of the Child and on November 20, 1989, it further adopted the Convention on the Rights of the Child (UNCRC) and the Children’s Day is being celebrated to commemorate the Declaration and the Convention. The convention further sets out a number of children’s rights such as the rights to be protected from violence and discrimination and the rights to life, health and education.

According to UNICEF, the COVID-19 pandemic has shown how inequality affects the rights of every child. From climate change, education and mental health, to ending racism and discrimination, children and young people are raising their voices on the issues that matter to their generation and calling for adults to create a better future.

Ghana, on the other hand, is celebrating the day on the theme : “Reimagine a better post-COVID world for every child”.

The day was celebrated to coincide with the third session of Ghana’s Children’s Parliament, where child parliamentarians discussed the effect of COVID-19, climate change, discrimination, youth mental health, among others.

It is also our considered view that the day is not just a day to celebrate children for who they are, but to bring awareness to children around the globe that have experienced violence in forms of abuse, exploitation, and discrimination.

A 2012 initiative on the Millenium Development Goals (MDG), led by former Secretary-General, Ban Ki-moon of the United Nations, for the education of children where he wants every child to be able to attend school, improve the skill set acquired in these schools and, finally, implement policies regarding education to promote peace, respect, and environmental concern, still stands relevant.

Today, we note with interest that children and young people are raising their voices on the issues that matter to their generation and calling for adults to create a better future for them and according to UNICEF, as the world recovers from the pandemic, “it is more important than ever that we listen to them”.

It is, therefore, our contention that as the world marks the day, it should be an opportunity for member countries to take a second look at the UNCRC where a promise was made to every child to protect and fulfil their right as they appended to the Convention.

The Daily Graphic further believes that although parenting, as compared to some 20 years ago, has changed as most parents are now finding it increasingly difficult to spend ample time with their children, there was still the need for parents to ensure that their children do not lose out on proper home training so that they do not become a burden to them and society.