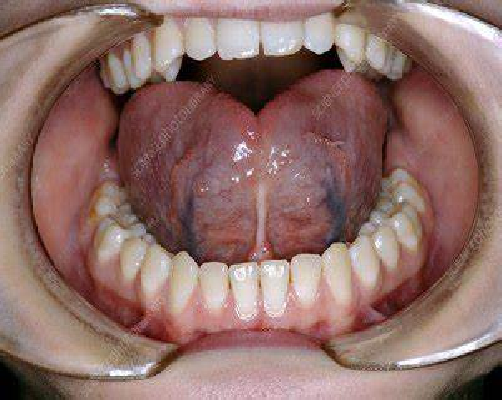 Some caregivers attribute their child’s unclear speech or inability to express themselves verbally to tongue-tie.

Several times in clinic, caregivers have reported that their child’s difficulty with talking is due to a tongue-tie that needs to be resolved via a snip.

When you sit in front of a mirror, open your mouth wide and lift your tongue up, you will see something which is called a frenulum.

The frenulum attaches the underside of your tongue to the floor of your mouth.

The frenulum may be closer than usual to the tongue tip or may be particularly short or tight in some children.

This is what is referred to as ‘tongue-tie’.

It is thought to affect approximately four to eleven per cent of newborn babies.

Tongue-tie, in most cases, does not call for alarm.

There is the belief that tongue tie affects talking, but this is rarely the case.

Many children with tongue-tie often have typical speech.

Although a tongue-tie may restrict the movement of the tongue (sticking out the tongue) in some cases, it is often unlikely to cause speech, language or communication difficulties.

Tongue-tie may sometimes affect breastfeeding, chewing, dental health and the appearance of the tongue.

Many babies with tongue-tie often breastfeed successfully and continue to acquire typical speech.

Treatment is often not necessary if a baby has a tongue-tie but can feed without difficulties.

Only a minority of children with breastfeeding problems have a tongue tie.

If you are concerned about any of these because of tongue-tie, kindly contact your child’s paediatrician for onward referral.

The tongue-tie may be snipped (division of tongue-tie) if found to be impacting on any of the aforementioned areas in a child’s life.

Although improvements in ease of feeding have been reported following division of the tongue-tie, the research evidence is inconclusive.

What to do if you are still concerned

If still concerned about your child’s talking difficulty, it is advisable to see a speech and language therapist who will assess your child’s speech, language and communication development and advise accordingly.

The writer is a Speech and Language Therapist/Clinical Tutor, University of Ghana.