For these, let us pray 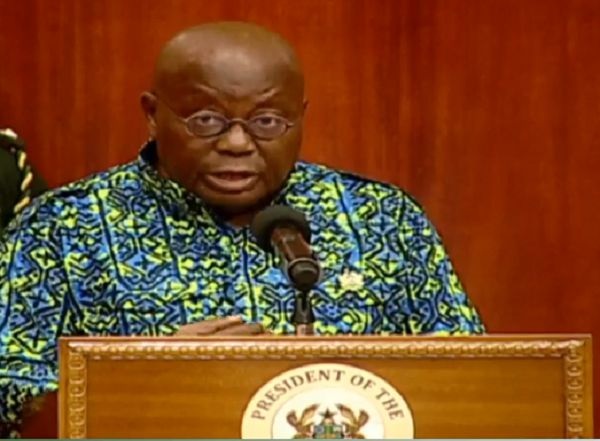 1 Thessalonians 5:18 says: “In everything, give thanks: for this is the will of God in Christ Jesus concerning you.” (KJV)

This was exactly what the President of the nation, Nana Addo Dankwa Akufo-Addo, did yesterday when he invited a number of well-respected clergymen and women in the country to first give thanks to the Almighty God for how far He had brought us, in the wake of the outbreak of the COVID-19 (Refer to front page story).

The meeting was also meant to submit the country to the authority of God and to seek His face in these trying times.

Indeed, compared to many other countries, such as South Korea, China, the United States, Iran, Italy, among others, Ghana should have no cause to be alarmed because unlike the others which have recorded cases in their hundreds and thousands, Ghana has, since the outbreak of COVID-19, recorded 11 cases as of yesterday.

Again, unlike the other countries, Ghana has recorded no deaths from the disease, with all the affected persons, fortunately, being in stable condition.

This somewhat favourable situation is not only a sign of grace and favour from the Lord but also a development which reminds us of the power of God in all we do.

The Daily Graphic is not only enthused about the President’s foresight and wisdom but also impressed by the high turnout of the clergy, who were also given the opportunity to say prayers for the nation and, most especially, seek the face of God for the people — nurses, doctors and other health workers — who are in the frontline, helping to manage the affected and trying hard to prevent others from catching the disease.

These are no normal times, as has been said by all. Against this background, this is the period when we need one another to be able to deal with this world pandemic which is biting harder by the hour across the world.

In their prayers, it was common to hear each of the clergymen and women, after praising and thanking God for our lives and asking for His divine mercies and grace on us, asking all and sundry to abide by the health protocols to enable us to stay safe.

The Daily Graphic adds its voice from afar to that call and urges the public to be there for one another at all times.

What we should realise is that the disease is no respecter of persons and, therefore, if you deny your neighbour access to anything you have to protect yourself, you indirectly or directly expose yourself to the disease.

It is also incumbent on us as citizens to keep praying at all times and follow the laid down measures, wherever and whenever, for ourselves, our families, the nation and the world, particularly in countries severely hit by the pandemic, because nobody is an island.

Since the world has become a global village, there will always be movement of people, no matter how tight the borders are and strict the travel restrictions imposed by governments.

The development, as seen, will hurt our economy, but let us use this opportunity to rethink our ways, so that when all is done, we will bounce back to normalcy with force.
For these, let us pray.