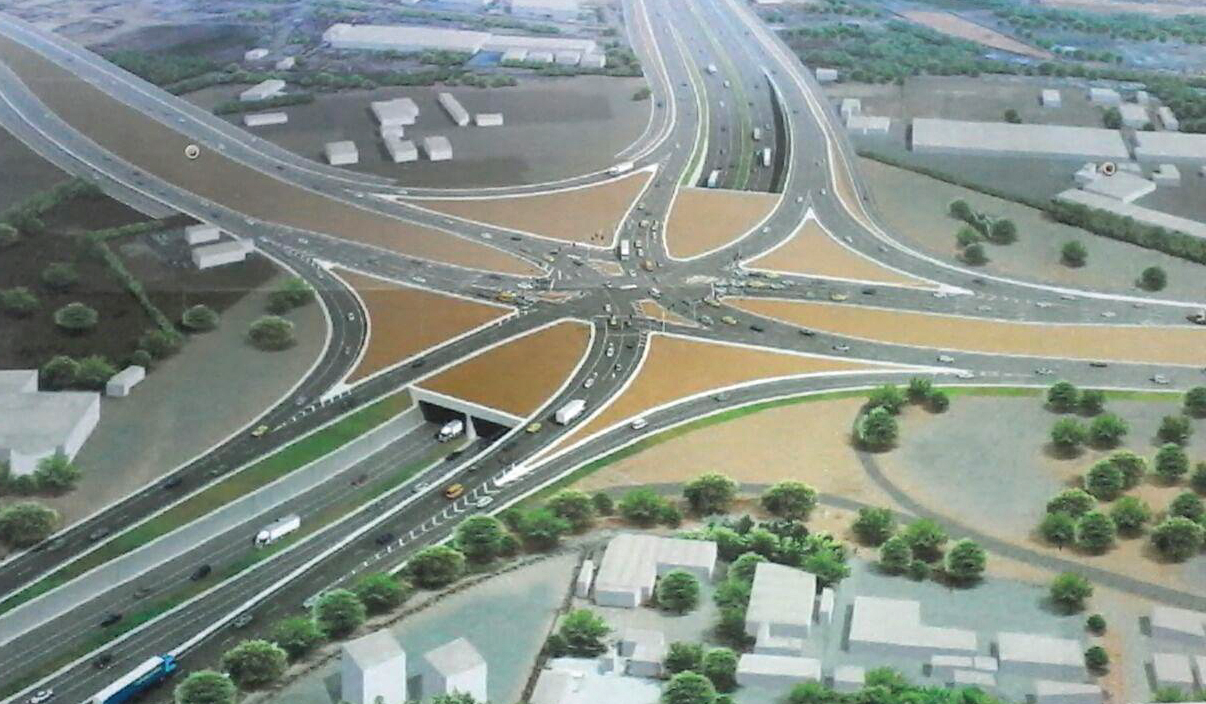 The 19-kilometre Accra-Tema Motorway, which became operational in 1965 to provide easy and convenient access to the various communities and towns in the country, has currently become a stretch for all sorts of ill activities, major among them being the dumping of refuse on the highway, the indiscriminate siting of wooden and block structures, lack of lighting on the highway and robbery.

The motorway, which gives meaning to vision and focus, and which has always been the pride of Ghana, and Tema in particular, is now a dark stretch.

On a number of occasions, there have been efforts to provide lighting, but it has only been provided for a small portion of the ‘expressway’ and has lasted for only a short period.

For a greater stretch of the road, specifically from the Abattoir area through the Ashaiman section to the end of the motorway, there are no street lights.

There have been various reasons or explanations for this state of affairs, including the fact that certain notorious and misguided elements remove the bulbs and wiring anytime work goes on there.

The Tema Motorway, a baby of the Convention People’s Party (CPP) government, headed by Osagyefo Dr Kwame Nkrumah, was part of the Seven-Year Development Plan which spanned 1963 to 1970.

The motorway project, which was expected to help improve general business within the Tema Industrial Area and the
Harbour City, has continuously become an area for unnecessary speeding, overtaking, careless driving and general motor traffic offences.

Some drivers even enter the road from unapproved routes, mostly at top speed, or exit it, without prior notice to other drivers, exposing the latter to grave danger.

A practice which is of more concern is the way some drivers use the median to either side of the road, which is used by very heavy vehicles, particularly those with loads from the port or on their way there.

An unsightly feature on Ghana’s international road, which has potholes and bumps at various portions, is the indiscriminate siting of structures, mainly kiosks, or temporary structures, with the attendant insanitary activity of people easing themselves anywhere because there are no such facilities there.

As if these are not enough, of late the country’s notable first-class road has gained notoriety for the indiscriminate dumping of refuse by drivers of refuse trucks, both big ones and particularly small ones, commonly known as ‘aboboyaa’.

Some of the drivers have been sighted on a number of occasions dumping refuse at portions of the motorway, instead of disposing of the refuse at approved disposal sites.

Some of these drivers park by the sides of the motorway, pretending that their vehicles have developed one problem or another, only to discharge the refuse once there is no one in sight.

The drivers of these trucks drive on any side of the road. They do not have any regard for traffic regulations. Sometimes they even move in a convoy and make it difficult for other road users to go by their daily routine.

They also fail to cover the refuse they carry and spill it on the road as they move, causing environmental hazards, polluting the air and littering the area.

The Daily Graphic wishes to suggest that the law enforcement agencies must be up and doing to stop these recalcitrant drivers from this unhealthy practice of dumping refuse on the motorway.

There have also been reports that some of the drivers of ‘aboboyaa’ use them to collect foodstuffs. If these reports are true, then they should put a stop to the practice.

We call on the police to intensify their patrols along the motorway to bring anyone who engages in such unhealthy and hazardous practices to book.