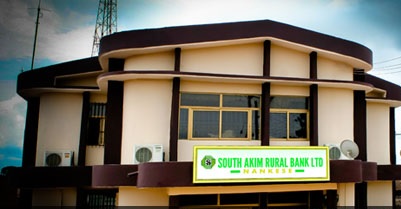 About 30 years ago, the people of Nankese, the third largest town in the Suhum municipality and its surrounding communities in the Eastern Region, had no access to banking facilities.

The only banking institutions nearby, the Ghana Commercial Bank and Barclays Bank, were located in Suhum  and Koforidua,  about 15 kilometres away.

The seemingly long distance one had to cover to access services offered by such banks, coupled with the stringent collateral needed to procure loans from such banks made it almost impossible for the people in the area to go for loan facilities.

Poverty in the midst of plenty

As a result, farming, especially in cocoa production, which is the mainstay of the people, was done at the subsistence level, and trading was the main occupation of the women.  Poverty was, therefore, the order of the day, resulting in the area being tagged “poverty in the midst of plenty”.

To avert such a seemingly hopeless situation, three brothers from the Akyem Abuakwa Royal Family of Nankese, Messrs M.N. Afrifa Gyasi, Forster Gyasi, the late Major S.B. Gyasi (retd) and a renowned cocoa farmer, Mr B. A. Koranteng, came up with the idea of setting up a rural bank.

The bank, as expected, faced a lot of challenges but with prudent management by the first board of directors chaired by Mr Afrifa Gyasi, it was able to address the challenges. That made it possible for the bank to start offering credit facilities at flexible terms to the residents, as well as the nearby communities.  It also associated itself with the Akuafo Cheque system which was then the only mode of paying cocoa farmers for their produce.

The able manner in which subsequent members of the board and management continued from where the Afrifa Gyasi-led administration left off, resulted in the astronomical growth of the bank, especially in profit, assets and deposits, culminating in the opening of agencies in Koforidua in the New Juaben municipality; and Suhum and Asamankese in the Suhum and West Akyem municipalities respectively.

Feasibility studies are also being carried out for the establishment of new agencies at Coaltar in the Ayensuano District and Adweso in the Akuapem North municipality.

Such a significant improvement ushered the bank into the membership of Ghana Club 100, a group of 100 most viable and profitable business entities in the country in 2002. It has since that period maintained its membership of that enviable club, taking the 33rd position last year.

A significant aspect of the loan scheme, according to the Chairman of the Board of Directors, Mr William Kwadwo Boateng, is the bank’s micro-finance initiative of which a total of GH¢6,264,210.00 were disbursed to 143 groups with a total membership of 2,433 within the past two years.

Mr Boateng, who was addressing the 28th annual meeting of shareholders, was happy that such a colossal amount had been given out as loans and advances to customers and explained that together with its social responsibility which had been honoured, poverty in the area was being effectively reduced.

One of such social responsibilities, according to him, is a scholarship scheme for 109 brilliant students, of which 10 benefited this academic year.

The sad aspect of the scholarship scheme is that although the bank made available funds for 30 students, only 10 were able to satisfy the required aggregate of between 12 and 15 for students in public schools and six to seven for those in private schools, to benefit from the award.

That, as expected, featured prominently at the meeting with some of the shareholders calling for the lowering of the grades while others were of the view that teachers should rather be motivated to put up their best in the classroom to make it possible for more students to improve their grades. The bank has also paid 5,000 euros for the medical expenses of a hole-in-heart patient.

However, its most significant contribution to the area in respect of social responsibility is the funding of the construction of a senior high school at Nankese on which the bank over the past three years spent GH¢140,000.00.

The completion of the school, the first of its kind in the Nankese area, will make it possible for parents who are unable to send their children to boarding houses at the senior high schools to educate them through the day system.

Barima Marfo Gyasi, the Nankesehene, who was happy about the transformation of the area by the bank, was of the view that within the next few years, a lot would be achieved with a total transformation of not only Nankese but other towns and communities within its catchments areas.

Mr Ken Twumasi, Head of Human Capital of the ARB Apex Bank, who represented the Managing Director at the annual general meeting, was impressed with the successes chalked up by the South Akim Rural Bank.  He however noted that the gains could only be sustained if the following measures were adhered to: risk management and cost control, prevention of fraudsters, improvement in customer care and introduction of new products that would benefit customers.

However, the future of the bank rests on how the board handles its activities.

Judging by the rich experience of its members, most of them academics, businessmen and technocrats and fully equipped with the requisite knowledge in banking, it is expected that the bank’s fortunes will continue to improve.

Should that happen, it will in turn improve the lot of the people in its operational areas by reducing the high rate of poverty, which is the major challenge of the people.