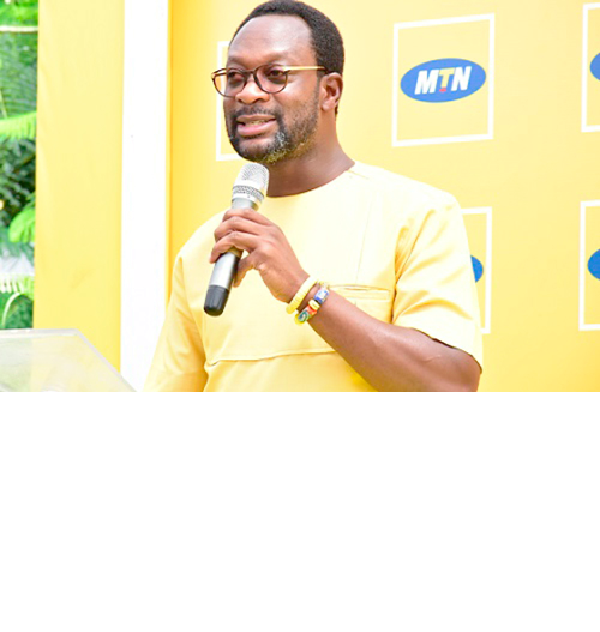 Even though the controversy over the declaration of MTN Ghana as a Significant Market Player (SMP) by the National Communications Authority has receded from the front burner of public attention, its effects are only now beginning to take shape.

MTN Ghana’s Chief Executive, Selorm Adadevoh, has confirmed that the company has complied with the directives the industry regulator gave it following its categorisation as an SMP.

Addressing stakeholders, including journalists at a recent forum organised by the company, Mr Adadevoh revealed that compliance had been done in two stages, the first completed in August last year and the second stage completed in November.

By effectively adjusting the financial terms of interconnectivity between them a considerable proportion of incomes on voice calls and other telecom service activity between networks will shift from MTN to its competitors.

Because MTN is far and away the dominant telecoms market player, with some 55 per cent market share (voice telephony and data and other value added products and services all combined), this has meant that since most telecom activities either commence, terminate, or both on its network, the company gets between 40 per cent and 100 per cent of most of the revenues generated, even those using interconnectivity between different networks.

To create what the National Communications Authority (NCA) sees as a fairer playing field, these revenue sharing proportions have been adjusted in favour of the competing networks with which MTN must use its interconnectivity to consummate activities. This improves its competitors revenues and consequent balance sheet at the expense of MTN.

This is by no means disastrous for MTN and its shareholders though. Under the erstwhile dispensation MTN Ghana has been one of the most profitable companies in Ghana.

In 2021 MTN added one million subscribers to reach a total of 25.4 million by year’s end. This was less than a quarter of the 4.6 million new subscribers it added on in 2020.

MTN’s exemplary ability to innovate, both with regard to product and service design, and the distribution channels used to reach customer markets as well as the strong financing position it has attained from years of clear market leadership - coupled with the critical mass of customers that market leadership has given it - should enable the company to stay eminently profitable.

Instructively, MTN’s gross profit margins expanded in 2021 evidencing the fact that it is still becoming more efficient, with regard to its own internal operations.

In 2021, its EBITDA (Earnings Before Interest, Taxes, Depreciation and Amortization) margin expanded by 2.3 per cent to reach 55 per cent, this meaning a wider gross profit margin than hitherto.

The company customarily gives out at least 70 per cent of its profits as dividends and this is a dividend pay out ratio that far exceeds nearly every similar ratio given by other companies listed on the Ghana Stock Exchange.

Even if the revenue constraints imposed by the NCA’s SMP directives regarding interconnectivity persuade MTN to lower its dividend pay out ratio to say, 60 per cent, it would still be one of the most generous dividend payers on the GSE, a position magnified further by the strong profitability underpinning the pay out ratio.

On the other hand, the financial standing of its competitors will receive a major boost which is direly needed, even though the jury is still out on whether they deserve it or not considering that they have not invested nearly as much as MTN has done in its network, in product and service design, and in marketing and distribution.

Even telecom analysts did not realise how discouraged the owners of MTN Ghana’s competitors were concerning the returns on investment they have been getting until both Bharti Airtel and Millicom announced their decision to pull out of the country’s market two years ago, forcing government to buy Airtel Tigo to keep it going.

But that company’s potentially improving finances - along with those of MTN’s other competitors in Ghana - is generating a new controversy.

Industry analysts are questioning the fairness of a situation in which government is both industry regulator through the NCA and player, through its ownership of Airtel Tigo.

Some even suggest that government now has a motive to use the NCA to provide a more competitive standing for Airtel Tigo and that this in part may be driving some of the new directives that effectively give that company a bigger share of the net incomes generated by activity using network interconnectivity at the expense of MTN.

But it is another fall out of the NCA’s SMP directives to MTN that customers themselves stand to lose. By restricting MTN’s erstwhile preferential pricing strategy for on-net customer - activity both initiated and terminating on its own network - it is forcing the company to increase some of its customer tariffs; and that is not all.

Selorm Adadevoh reveals that the company is considering phasing out certain products and services whose economic viability is predicated upon its ability to apply preferential, low cost customer tariff pricing.

There is no information yet on which particular products and services will be phased out. Indeed, Mr Adadevoh said the company was still studying the full impacts of the SMP directives - but the pricing changes imposed by the directives make this almost inevitable.

Expectedly though MTN will weigh the sheer importance of each product and service to customers - and the consequent levels of demand for them - as well as pricing considerations, so that customers will not lose aspects to any of the most useful products and services on offer. But such products may end up costing considerably more for customers.

All this leaves the public jury’s decision on whether the SMP directives are the best for it or not.

But opponents of the SMP decision still argue that MTN should not be punished for its superior competitiveness which derives largely from its relatively bigger commitment to investing in its business than its competitors.

MTN itself is no longer willing to try swaying public opinion one way or the other. Since losing its High Court case against the NCA over the issue and subsequently withdrawing its appeal at the Supreme Court, the company has decided to simply go along with the NCA and its stance.

After all, the directives will neither threaten its market leadership nor its overall profitability. Indeed, its fastest growth area over the past decade - mobile money - is not even affected by the NCA’s ruling since that aspect of its business is run through a separate corporate vehicle and regulated by the Bank of Ghana rather than the NCA.

So far its over 90 per cent market share of that market has not attracted the protest of the central bank.

Besides, industry analysts believe that it is very likely that the telecom industry tariff adjustments being generated by the SMP directives will soon be consummated by tariff changes imposed by run-away inflation anyway.

If that happens the SMP generated effects will become little more than a storm in a tea cup for the industry’s customers and for MTN’s shareholders alike.