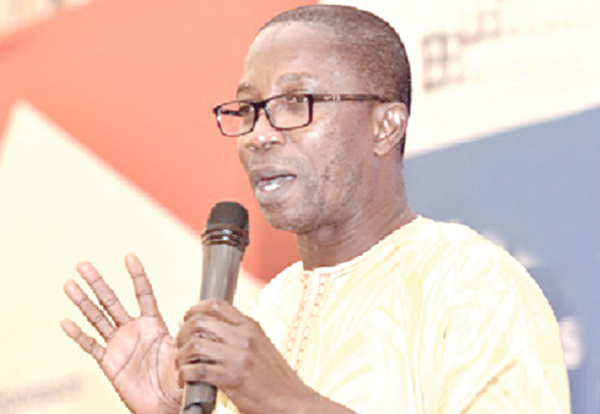 Banks in the country do not support productive activities in the economy, Coordinator of the Third World Network (TWN), Dr Yao Graham, has said. Follow @Graphicgh

Banks in the country do not support productive activities in the economy, Coordinator of the Third World Network (TWN), Dr Yao Graham, has said.

He said the Ghana’s banking sector was serving as a way for taking resources out of the country rather than serving as a medium through which lending was taking place to expand the economy.

“Our banking sector is dominated by foreign banks who export their earnings and do very little lending to the productive sectors of the economy,” he said in an interview with the GRAPHIC BUSINESS on the sidelines a workshop on finance and development in Africa.

“The banks are very profitable but if you look in their books, you find out that productive activities are not areas of lending. They are all interested in government bonds, securities, salary loans and household loans and this is major problem,” he added.

He said the situation was, however, different in Ghana, as businesses continued to complain about lack of access to credit.

“People who are importing finished goods get credit easily because there is the market for them to sell but people who are involved in risk taking by investing in agriculture and manufacturing sectors are having great difficulty accessing funds,” he noted.

“As a country, we have to create the conditions that encourage those who are managing financial assets to lend to those in the productive sectors.

We need a state intervention to craft a financial sector which is fit for the purposes of the economy,” he added.

He said until the country makes it possible for the productive sectors to grow, jobs cannot be created.

In a separate interview with the paper, the Programme Officer, Political and Economic Unit of the TWN Africa, Mr Gyekye Tanoh, said the dependence of African countries on the complex international financial systems of developed countries was one of the reasons for the depreciation of the cedi and other local currencies in the region.

He said the dependence on raising funds internationally for development placed risks on African countries, while ensuring the maximisation of benefits for foreign investors.

He noted that the dependence on the easy means of mobilising resources for development inhibited growth and the productive capacity of countries.

He said the foreign investment funds were also restricted to highly skilled areas like the oil production, starving farmers of the investments.