Banks could lose over GH¢300m to new tax 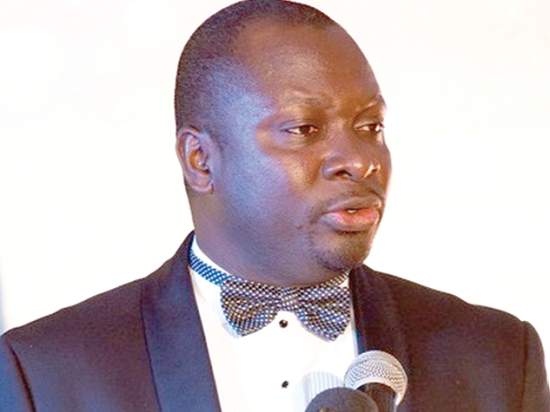 Banks stand to forfeit a minimum of GH¢300 million every year in additional taxes to the State if a government proposal to levy five per cent of their gross profits is approved.

It follows an indication in a Bank of Ghana (BoG) report that the sector’s gross profits peaked at GH¢6.08 billion last year and had been growing at an average of 24.3 per cent since 2018.

At five per cent of the gross profits of banks, it means that the government will be making a minimum of GH¢300 million from the tax every year, starting with 2021.

The report, which examined developments in the banking sector in 2020, further indicated that the Profit Before Tax (PBT) of banks rose by 27.2 per cent last year over the 2019 close, compared to 32.7 per cent in the previous year.

It comes at a time when the government has requested Parliament to approve a five per cent tax on the gross profits of banks to be used to defray the cost that the State incurred in the financial sector clean-up exercise.

The Minister of Parliamentary Affairs and Majority Leader, Mr Osei Kyei-Mensah-Bonsu, said during the presentation of the 2021 Budget Statement that the financial sector clean-up and the refund of monies to depositors had restored investor confidence and protected the hard-earned savings of millions of Ghanaians.

In spite of the positives from the exercise, he said it cost the State more than GH¢21 billion.

Consequently, he said the government had decided to introduce a financial sector clean-up levy of five per cent on PBT of banks to help defray outstanding commitments in the sector.

Mr Kyei-Mensah-Bonsu, who is now the Caretaker Finance Minister, said the tax would be reviewed in 2024.

Already, the Ghana Association of Bankers (GAB) kicked against the levy, describing it as counterproductive, a recipe for high lending rates and an attempt to make the existing banks victims of the woes of their collapsed counterparts.

The President of GAB, Mr John Awuah, told the Graphic Business on Monday, March 15, that the association was hopeful that the industry regulator, the Bank of Ghana (BoG), would support it to oppose the new tax, given the difficulties it would impose on the players and the industry as a whole.

According to him, the tax would double the burden of the industry, keep interest rates high and make banks unattractive for low-cost capital.

He said those would ultimately undermine the economic recovery agenda of the government and the country’s resolve to empower businesses to be able to take advantage of the opportunities offered under the Africa Continental Free Trade Area (AfCFTA).

He said those effects of the tax ran counter to the expectations of the central bank from banks, hence the need for a united front from the sector in calling for a reversal of the levy.

The BoG report said the banking performance showed that the industry “somewhat withstood the first wave of the COVID-19 pandemic shock”.

It said that was on the back of strong policy support and regulatory reliefs offered the sector by the central bank.

“Overall, the sector remained well-capitalised, liquid and profitable with strong buffers to withstand adverse shocks and support economic recovery efforts. Year-end consolidated financial data showed strong growth in total assets size reflected in new advances and investments. This was underpinned by higher growth in deposits and shareholders’ funds and a strong rebound in profit growth in the second half of the year,” the report published in January this year said.

The exercise led to the formation of the Consolidated Bank Ghana Limited (CBG) to own and operate the selected assets and liabilities of seven of the failed banks, the creation of the Ghana Amalgamated Trust Plc (GAT) to help capitalise and strengthen five of the remaining banks, among others.

In the process, the government said the State invested more than GH¢21 billion.