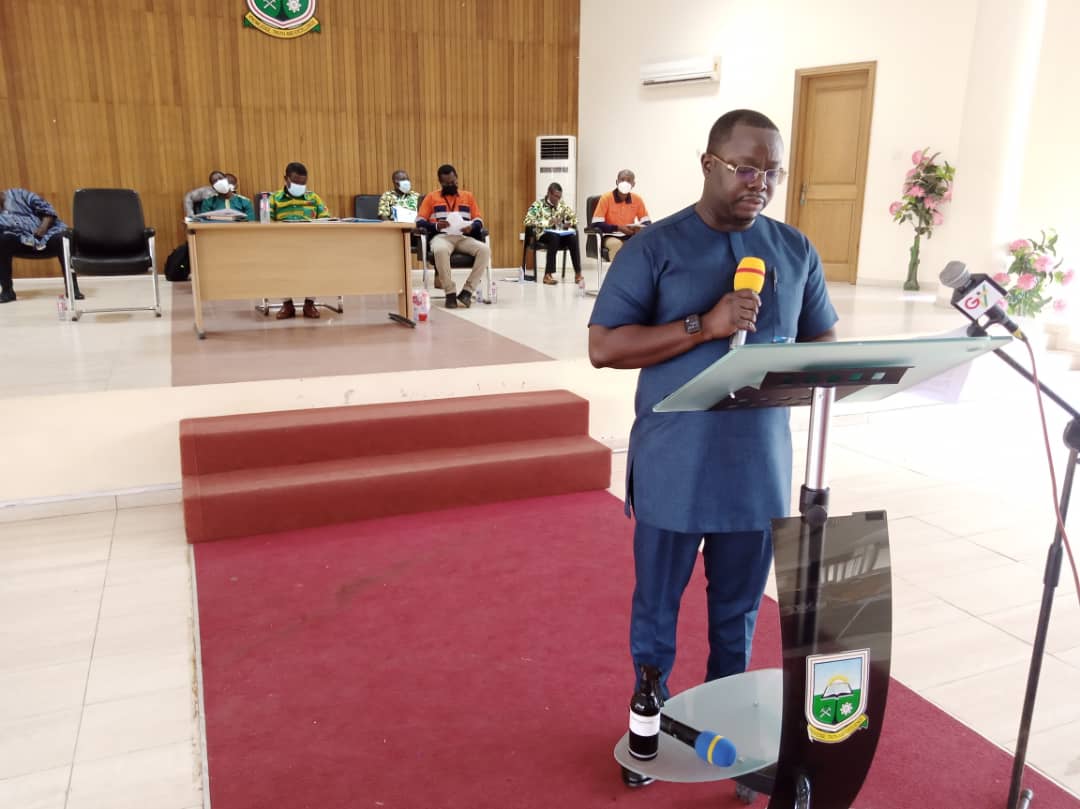 The Ghana Mineworkers’ Union (GMWU) of the Ghana Trades Union Congress (TUC) has called for drastic changes in the current sharing model of the country’s mineral royalties.

This is to address the gaps in infrastructural development of mining communities.

It said a breakdown showed that, in essence, government made only one per cent of the mineral revenue in 2020 available under its current arrangement for the development of the communities affected by mining operations.

“This is woefully inadequate and, therefore, unacceptable. To make matters worse, the Ghana Revenue Authority (GRA), GRA and by extension the Ministry of Finance has not only consistently delayed the release of the Mineral Development Fund (MDF) contribution, but also reduced the quantum because of the application of the Earmarked Funds Capping and Realignment Act 2017 (Act 947),” the General Secretary (GS) of GMWU, Mr Abdul-Moomin Gbana, said this in a speech read on his behalf by the Deputy GS, Mr Jerry Andoh, during the union’s national executive council (NEC) meeting held at Tarkwa in the Western Region, from August 19-20, 2021.

In a media release issued by the union, Mr Andoh explained that for the year 2020, producing mining companies paid a total of about GH¢1.4 billion in mineral royalties to the Ghana Revenue Authority (GRA), and pursuant to Section 3 (a) of the Mineral Development Fund (MDF) 2016 (Act 912), 20 per cent (GH¢278 million) of the amount was expected to go to the MDF.

He said MDF also gave 20 per cent (GH¢56 million) of its share to the Mining Community Development Scheme (MCDS) set up under it for mining community development, and the rest went to the Office of the Administrator of Stool Lands (50 per cent), Minerals Commission (13 per cent), Geological Survey Authority (eight per cent), Research (five per cent) and Ministry of Lands and Natural Resources (four per cent.

“Consequently, we renew our call for the current 20 per cent share of annual mineral royalties allocated to the MDF to be increased to at least 50 per cent. In addition, we expect that 50 per cent of the revised 50 per cent allocation to the MDF must go directly into mining community development if, indeed, we are committed to the transformation of mining communities as was envisioned in the MDF Act”, he said.

Mr Andoh said unlike other sectors, the global gold industry and by extension the mining industry so far had been the utmost beneficiary of the COVID-19 pandemic.

Consequently, he said that mining companies were expected to take strategic advantage of the price boom and by extension increased margins from last year to invest in modern infrastructure and expand existing ones, increase productivity, intensify exploration activities in order to prolong the life-of-mine, among others.

“It is timely and we believe this is a substantial step towards the creation of decent and sustainable jobs, extend the life-of-time of companies, increase the sector’s contribution to the national purse through taxation and other statutory payments, offers opportunity to uplift livelihoods of mining communities and modernise the current deplorable mining community infrastructure,” he said.

The National Chairman of the GMWU, Mr Mensah Kwarko-Gyarkari, also corroborated the deplorable state of infrastructure in the various mining communities.

“We are calling on the government to look back to the mining communities, if this year has been dubbed: the year of roads. We are also appealing to the mining companies to assist in that direction too. We know they are paying their taxes alright, and it is not their responsibility but some of the companies have done it before,” he said.

In a remark, the Managing Director of AngloGold Ashanti, Iduapriem Mines, Mr Samuel Pobee, commended the GMMU for its contribution to the growth of the sector in Ghana and the harmonious industrial atmosphere which has provided an enabling environment for operators.

“The approach by the union, which is focused on open dialogue, transparency and trust has further deepened the relationship. It is also imperative that the union works collaboratively with the mining companies to improve operational efficiencies and to continuously drive down cost to ensure long-term sustainability of the industry,” he said.