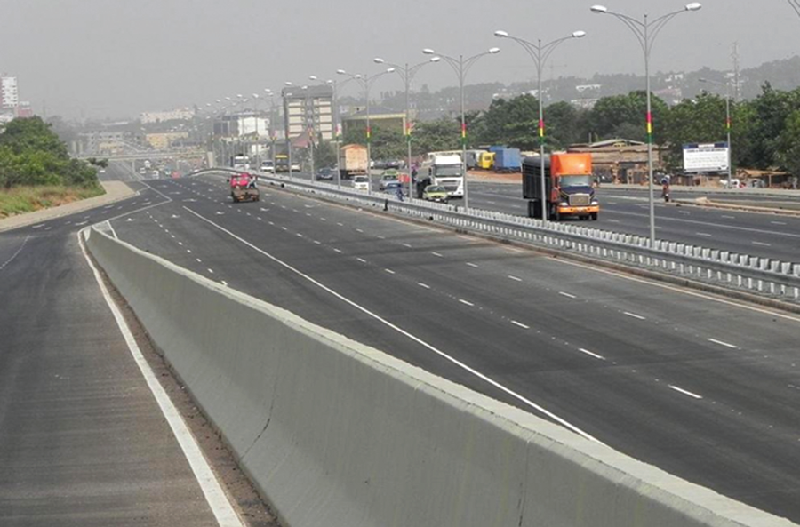 Work on the Accra-Tema Motorway Expansion project is expected to start early next year, the Minister of Finance, Ken Ofori-Atta has said.

This follows the decision of the government to procure the 27.7 kilometres project through the Ghana Infrastructure Investment Fund (GIIF) under a public, private partnership (PPP) arrangement.

Presenting the 2023 Budget and Economic Policy of the Government to Parliament on November 24, Mr Ofori-Atta said a PPP concession agreement backed by an appropriate toll arrangement would be presented to Parliament for approval to facilitate its execution.

He said provision had also been made in the 2023 and the Medium-Term Budget for the Equity and Viability Gap Funding required by a GIIF Special Purpose Vehicle (SPV) to enable the project to start in earnest in 2023.

He noted that the project would be delivered in phases.

When completed, he said the project would be five lanes each on both sides of the main Accra-Tema Motorway stretch and six lanes each on the Tetteh Quarshie-Apenkwa stretch of the road.

He said in fulfilment of the government’s commitment to improving road infrastructure, the Ministry of Roads and Highways continued its Nationwide Road and Bridge Construction Programme such that works on the La Beach Road Project and the construction of a 3-tier interchange at Nungua Barrier were progressing steadily.

He said works on the interchange currently stood at 62 per cent while construction of the Kumasi Lake Roads and the Drainage Extension project was 97 per cent complete.

Mr Ofori-Atta said ongoing work on the 17.85 km Ofankor Nsawam dual carriage road is scheduled to be completed in May 2024.

“Additionally, works on the reconstruction of the Bechem – Techimantia – Akomadan and Agona Nkwanta – Tarkwa roads are at 21 percent and 7 percent completion, respectively,” he said.

He said works on Phase II of the Obetsebi Lamptey Circle Interchange and ancillary work was at 71 per cent completion, adding that “construction of the Flyover over the Accra Tema Motorway from the Flower Pot roundabout is 56 per cent complete”.

To improve connectivity within areas cut off by waterways, the minister said work on the construction of 50No. prefabricated bridges continued in 2022.

“Progress of the new bridge being constructed over River Pra to separate vehicular traffic from the rail along the Twifo Praso-Dunkwa road is at 87 per cent completion,” he added.

He mentioned the upgrading of the Golokwati-Wli Road; Nsuta – Beposo, Lot 3; rehabilitation of Nkonya Wrumpong - Kwamikrom; partial Reconstruction of Bawjiase - Adeiso; and resealing of the Tamale-Salaga Road – Lot as completed projects under the Critical Regional and Inter-Regional Road Projects initiated in 2019.