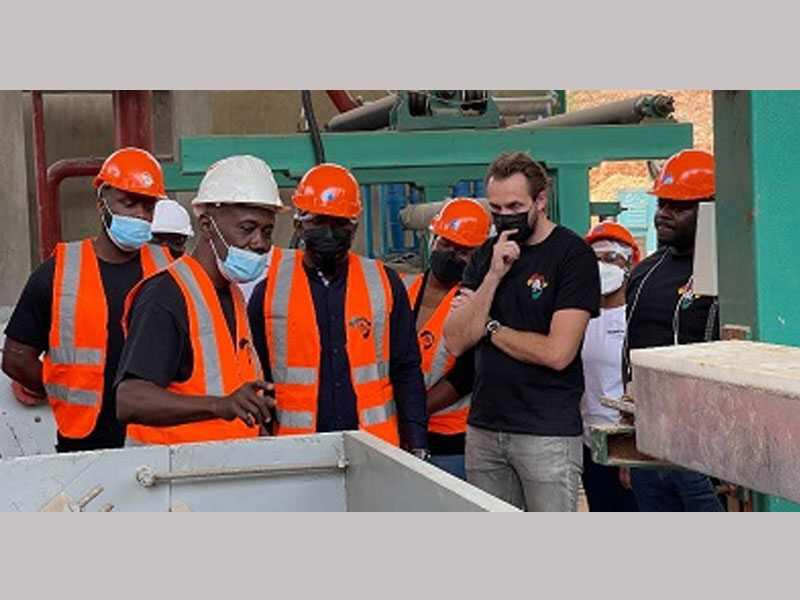 Work on the £5.17 million factory which is expected to produce toilet paper from bamboo in Akwamufie in the Eastern Region is 90 per cent complete, with production expected to commence in the third week of February, a Deputy Minister of Trade and Industry, Mr Herbert Krapa has disclosed.

The factory which is owned by Netherlands based Good Roll Africa Limited with some local partners, when completed is expected to employ about 300 people directly and 1500 people indirectly.

It is also expected to create jobs for the numerous bamboo farmers in the district.

During a working visit to the factory, Mr Krapa said the company would operate under the government’s flagship one district one factory initiative

To this end, he said the government was committed to providing the needed support to ensure the success of the company.

He noted that the Ministry would ensure total compliance with all the safety and operational requirements for smooth operational take-off.

He said it was government’s plan and strategy to promote the industrial decentralisation by enabling companies to use readily available raw materials for production.

The Deputy Minister noted that the socio-economic impact of siting factories in rural and peri-urban areas were enormous, noting that “it will bring about lots of job opportunities and help improve livelihoods.”

As a signatory to the African Continental Free Trade Agreement (AfCFTA), he said the development of such manufacturing factories positions Ghana strategically in taking advantage to export to the African markets.

He said the exportation of the product, which was in high demand, would lead to the company’s increased capacity, as well as provide incentives to the farmers to increase production.

The Chief Executive Officer of Good Roll Africa, Mr Faisal Ahmed, for his part, said the company when completed, would have the capacity to produce about 120,000 toilet rolls daily and 20 million annually.

He said the company was currently working with about 300 local farmers for the supply of bamboo for production, with plans to engage 1000 farmers within the next three years.

As part of its corporate social responsibility, he said the company donates 50 per cent of its net profit to the construction of sanitation facilities in West Africa.

He said the company had provided over 300 toilet facilities in various communities across the country.

“We are committed to working with the government and local stakeholders to ensure the company delivers development to communities in its operational area.

“We want to be the first toilet paper factory in Africa that makes toilet paper from bamboo. This means that we will do everything we can to organize our business operations in such a way that we meet the fair for life criteria,” he stated.