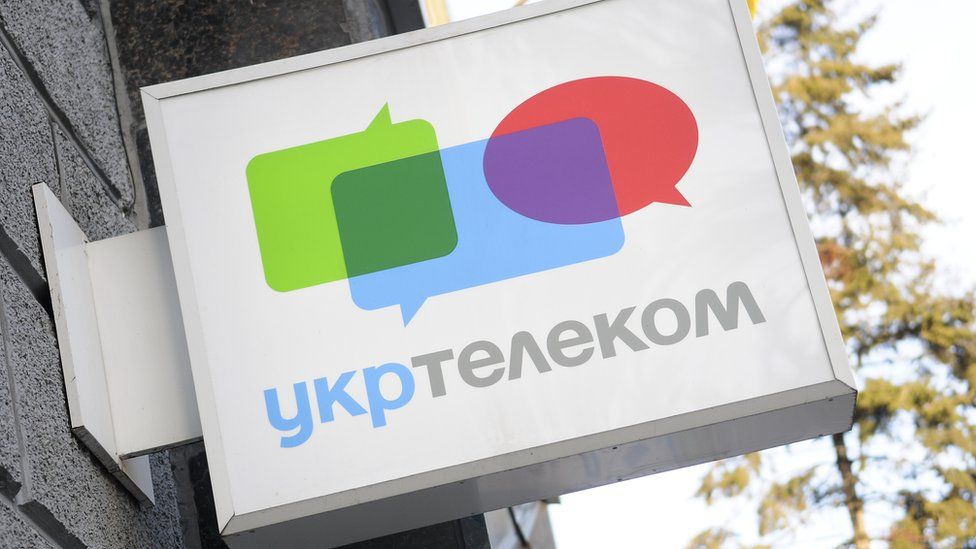 Global internet monitor Netblocks said it was the most severe disruption to affect Ukrtelecom since Russia's invasion of Ukraine started last month.

Netblocks said it saw a collapse in connectivity to 13% of pre-war levels.

However, Ukrainian users on different internet providers, who spoke to the BBC, reported no problems.

Ukrtelecom says it is the country's biggest provider of fixed internet in terms of geographical coverage, but second after Kyivstar in terms of number of clients.

It told the BBC it had been operating at about 80% of its full coverage because of damage caused by the Russian invasion.

In a statement, Ukrtelecom chief executive Yuriy Kurmaz wrote that a powerful enemy cyber-attack was carried out on Ukrtelecom's IT infrastructure.

"In order to protect the critical network infrastructure and not interrupt services to the Armed Forces, other military bodies and users of critical infrastructure, we were forced to temporarily restrict internet access to most private users and business customers," he added.

Mr Kurmaz said the attack had been successfully repulsed and the provision of services was being gradually resumed.

Yuriy Shchyhol head of Ukraine's State Service for Special Communication and Information Protection said that its specialists had responded quickly to the situation, and had driven-back the attack.

Before the company revealed details of the incident, Alp Toker, director of Netblocks, told the BBC they had observed users, "falling offline progressively over the course of the day, which indicates that the issue lies not with cabling or interconnections, but rather with central infrastructure at the operator's data centre. This can indicate a cyber-attack".

"This also means that the incident has nation-scale impact, reaching beyond the most heated conflict zones which have so far taken the brunt of Ukraine's network disruptions and outages."

However, Mr Toker said connectivity had remained available through other mobile networks and providers.