Why Napoli owner has vowed not to sign African players anymore 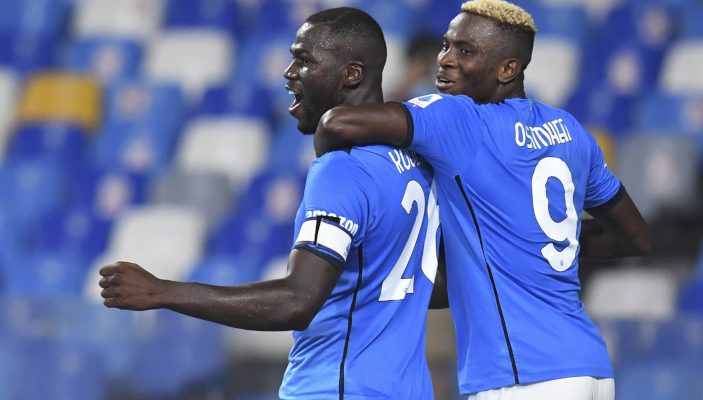 Aurelio De Laurentiis, the President of Italian Serie A side Napoli has stated that he will never sign an African player unless they agree not to play Africa Cup of Nations (AFCON).

Mr De Laurentiis said his stance was premised on the negative impact on his team when the club's African players played at the AFCON during the middle of the European football season.

“I told them lads, don’t talk to me about Africans anymore!” said De Laurentiis during a streamed event.

“I love them, but either they sign something confirming they’ll back out of playing the Africa Cup of Nations, or otherwise between that tournament, the World Cup qualifiers in South America, these players are never available!

“We are the idiots who pay salaries only to send them all over the world playing for others.”

Napoli currently has Victor Osimhen and Andre Zambo Anguissa, who represent Nigeria and Cameroon respectively in their first team while Kalidou Koulibaly won the AFCON tournament with Senegal before leaving for Chelsea. This year's AFCON took place between January and February.

De Laurentiis also revealed he had received an offer in 2017-18 from American investors ready to pay $900m to buy Napoli, but he turned it down.

“In recent years these investment funds have become fashionable, they have to guarantee their investors a certain revenue within five years.

“They saw that football is a great opportunity and they can double their investment by selling clubs to investment funds in future. That’s what Milan and Inter have done, right?

“I am assailed by funds, I can’t take it anymore. In 2017-18, an American fund offered me $900m to sell Napoli. But they don’t realise I am this pure entrepreneur who enjoys playing the game, so let me keep playing.”